The spectre of Brexit dampened any expectation that this budget would introduce large scale change or tax cuts for business or taxpayers – however the Chancellors budget had a few surprises.
For individuals there was an unexpected acceleration in the planned increase in the personal allowance and thresholds, originally for introduction in 2020 but moved to 2019. Other than this the changes to individuals were minimal.
The Chancellor announced the widely predicted IR35 rule changes, to be extended to the private sector. Those sectors where subcontractors are heavily relied on will need to review their employment policies as to whether someone is deemed to be employed or self-employed, as the onus of proof and therefore any additional liability to tax, will now rest with them.
For businesses there were no tax cuts but some welcome news such as the increase in the Annual Investment Allowance (AIA) from £200k to £1m, no doubt to encourage spending and investment which has been muted whilst the Brexit negotiations have progressed. However, the cost of this will be clawed back by a reduction in the writing down allowances for general pool items from 8% to 6%. This relief will soon not be worth the administration burden of keeping the register. If the asset doesn’t qualify for the AIA, business will have to wait a substantial amount of time or disposal ahead of getting relief for the capital cost.
The Chancellor eluded to the fact that Entrepreneurs Relief had been subject to some scrutiny – with the rate and the threshold at risk, however the Chancellor took a different route, by tinkering with the definitions of personal company and the qualifying holding period, extended from 1 year to 2. In our experience, this will have little impact on our owner managed business clients and is targeted at short term investors and non-executive directors who have not been in for the long term.
And finally- a strategy to prevent the Government losing out on tax revenues on the demise of businesses, the Government have reintroduced their ‘preferential creditor status’, whereby, in an administration or liquidation, HMRC will further in front of other creditors than they were yesterday. This will not be beneficial for unsecured sole traders or business who will see less of any potential payout than they did previously, which could have a detrimental impact on their own survival.

Personal Allowance
This measure increases the Personal Allowance to £12,500 from 2019, pushing the increase in the basic rate threshold to £37,500, from 2019. A year earlier than previously advised.
The Chancellor has stated that from 2021 onwards, the Personal Allowance and basic rate limit will be indexed with the Consumer Price Index (CPI).
Our View
The personal allowance will increase by a further £650 in April 2019 to £12,500. This will be welcome by basic rate tax but also business owners who were concerned about increases in the national minimum wage – the latter will be the subject of consultation by the Chancellor in the New Year so business may need to prepare itself for increased costs.

Capital gains tax – principle private residence relief
From April 2020 the Government has stated that it intends to reform principal private residence relief (PPR). A valuable tax relief in that it ensures that most people do not pay tax when they sell their personal residential homes.
The relief came to public prominence in 2009 as part of the MP’s expenses scandal, as the relief was abused when ‘flipping’ second homes owned by MPs.
Further restrictions have been introduced to ‘lettings relief’, where inconsequential temporary absences (say if there is a temporary employment) and the house is let on a commercial basis whist absent. Now this lettings relief only applies in circumstances where the owner of the property is in shared occupancy with the tenant.
A further curtailing of the relief has been introduced with a restriction on the final period exemption, reduced from 18 months to 9 months. This is the period that allows vacant possession to be included in the tax calculations in the final 18 month no 9 months of ownership. Say if there is a delay in selling one property, ahead of moving into another.
Our view
The changes have not yet been introduced and are subject to a consultation process, but it’s difficult to envisage where serious objection will come from given there will be no changes to the 36 months final period exemption available to disabled people or those in a care home.

Changes to Entrepreneurs Relief
Despite the pre-budget rumours indicating that a withdrawal of Entrepreneurs Relief was on the cards as a simple and effective way of increasing tax revenues, the Chancellor confirmed that encouraging entrepreneurship in the UK remained paramount to continued growth and as such Entrepreneurs Relief would remain, albeit with some tightening of the rules on the qualifying requirements.
The  main change is to the minimum holding period throughout which the relevant conditions for Entrepreneurs Relief to apply must have been satisfied.  This is currently 12 months but from 6 April 2019 this period will be extended to a minimum qualifying period of 2 years.  This change is intended to ensure that only genuine entrepreneurs are claiming the relief.
For disposals on or after 29 October 2018, the definition of a personal company has been amended such that as well as holding at least 5% of the share capital and voting rights, the individual must also be entitled to 5% of the net assets and distributable reserves of the company.  This will ensure that shareholdings cannot be ‘tweaked’ to enable an individual to hold 5% of the share capital and voting rights (thus qualifying for Entrepreneurs relief) without also participating in the underlying assets/profits of the company.
Our View
This won’t have much impact for our client base as Owner Managed Business owners have usually been in for longer than 12 months and have access to pro-rated distributed reserves and capital. This will however stop companies who try to incentivise employees with shares with reduced rights.

Commercial Property Tax Reliefs
Since Industrial Buildings Allowances were phased out in 2011 there have only been limited tax reliefs available on the construction or refurbishment of commercial properties. This has taken the form of capital allowances on fixtures within a building such as heating systems, air conditioning and IT infrastructure.
With effect from the Budget today expenditure incurred on the construction or renovation of commercial buildings will qualify for a new relief known as Structures & Buildings Allowance (“SBA”). The relief will take the form of a 2% allowance that will reduce profits over a 50 year period. If a building is sold then the unused allowance will pass on to the purchaser. It is available to both individual and corporate owners.
This relief, whilst not particularly generous in terms of the initial savings due to the 2% rate, will provide a welcome tax relief to individuals and companies involved in the commissioning of new commercial building projects or renovation schemes. Mixed use schemes will also qualify but only in respect of the non-residential elements although it should be noted that hotels and care homes do qualify as non-residential.
Alongside the SBA announced in the Budget the Chancellor also confirmed the phasing out of the Enhanced Capital Allowance (“ECA”) scheme for energy and water efficient fixtures in buildings from April 2020. Whilst this scheme was quite onerous in terms of record keeping and compliance the 100% allowances were useful particularly in the construction of energy and water efficient buildings. The phasing out should possibly be judged alongside the temporary increase in the annual investment allowance to £1M from January 2019 i.e. a case of ‘giving with one hand and taking with the other’
Our view
The introduction of a new commercial property relief will be welcome by most developers but the relief seems to be funded in part by the abolition of another relief, ECA’s, which were a very under claimed relief. Given the focus on the environment with the plastic tax, it seems contradictory to abolish this relief which encourages sustainability and green energy.

Temporary increase in the Annual Investment Allowance
From January 2019, it is Good news for businesses investing more than £200,000 in plant and machinery.
This measure will provide significant tax relief for businesses investing in plant and machinery. Legislation will be introduced in Finance Bill 2018 to temporarily increase the AIA limit to £1,000,000 from 1 January 2019 for two years. In real terms this means that a maximum relief of £190,000 could be available in the first year of spend, rather than dripped out over time.
This measure is to encourage business to make investment at a time where economic decisions are taken in the shadow of Brexit.
Our view
Businesses ownership should review the intended capital spend of the business to make sure any investment falls within the right period to full utilise the relief and increased thresholds.

Plastic taxes
As part of its wider strategy on tackling single-use plastic waste, the Government will introduce a world-leading new tax on the production and import of plastic packaging.
Taking effect from April 2022, this will apply to plastic packaging which does not contain at least 30% recycled plastic.
Should wider policies not deliver the Government’s waste ambitions in the future, it will consider the introduction of a tax on the incineration of waste, in conjunction with landfill tax, taking account of the possible impacts on local authorities.
The Government is also providing £10 million more for plastics R&D to support measures in this budget to tackle plastics and boost recycling.
Our view
This has become a political hot topic not just in the UK but across Europe in the face of growing public demand. This is a mechanism by which the Government believes it can change behaviour. The deadline being pushed out to 2022 should enable business to adapt in time, however those businesses who are heavily dependant on plastic packaging will in all likelihood face greater costs in meeting these criteria.

HMRC preferential creditor status restored
The Government have taken steps to prevent them losing out on tax revenues on the demise of businesses. Typically businesses fold owing significant sums to HMRC either as PAYE or VAT liabilities. The status was relinquished in 2003, with the introduction of the Enterprise Act to support businesses, by foregoing this status it reversed some of the risks faced by small business and made lending easier.
HMRC have not provided details as yet, but have stated that they are to restore their ‘preferential creditor’ status which will mean they are ahead of the queue then they currently are. No doubt this will make lending for small businesses increasing difficult. This could prove critical for other creditors/ businesses which have extended credit and will now see even less of a payout than they would have previously.
Our view
The government’s plan to regain its partial preferential status could really damage UK business if it isn’t properly thought through. The government must listen to the concerns of the insolvency professional and ensure regular consultation before going ahead with this proposal.
_____________________________________________________________________________
This article is for general guidance only. It provides an outline, and may not include points which are important to your situation. You should not depend on this blog without taking advice based on the full facts of your case. The information given was correct at the time of publication. 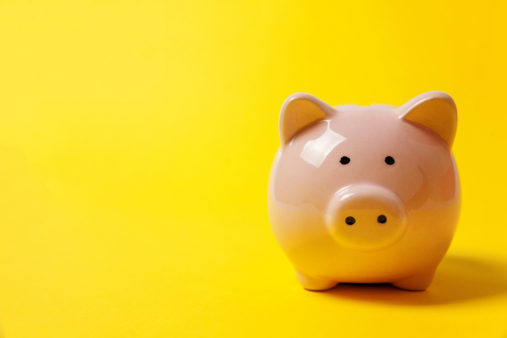