In his Autumn Budget, Chancellor of the Exchequer, Rishi Sunak confirmed more details of the Residential Property Developer Tax (RPDT) due for implementation in April 2022.

In his statement, the Chancellor said that the new Corporation Tax surcharge will be levied on developers with profits over £25 million at a rate of 4% and that it will part-fund the £5 billion Government commitment to remove unsafe cladding from the highest risk buildings.

Why is Residential Property Developer Tax being introduced?

Residential Property Developer Tax is being introduced with the objective of collecting £2bn over a decade. Documents published alongside the Budget papers forecast receipts starting at £200 million in 2022/23 and rising to £250 million in 2026/27.

To reflect requests from the industry, some changes have been made to the originally proposed administrative framework for RPDT which was set out in the spring, and includes the overall treatment of the tax as an extension of Corporation Tax rather than a specifically separate tax.

Who will be affected?

It is the government’s intention that only the “largest” residential property developers will be brought within the charge to RPDT, although the original consultation document cast a “wide net”, and was going to bring both residential units built for sale and for rent into the charge, as well as asset classes such as student accommodation, retirement homes and care homes where personal care is not provided.

HM Treasury and HMRC have taken on board feedback from industry and professional groups, and the draft legislation greatly narrows the scope of RPDT as follows:

“RPDT will apply to profits arising from the development of residential property only when the land/property is held as trading stock by the developer or a related entity. Property investors (now specifically including those using a build-to-rent model) are currently excluded”.

Draft legislation says that that only residential care homes should qualify for an exemption from RPDT, but retirement living homes do not as these are more akin to mainstream residential dwellings.

Because of the difficulties in calculating profits from Build to Rent activities, Government has chosen to exempt Build to Rent development from the scope of RPDT.

Government has chosen to exempt registered providers of affordable housing and their wholly owned subsidiaries from the scope of RPDT. Where a corporate body benefitting from this exemption ceases to qualify for it an ‘exit charge’ will be applied.

Government has confirmed exemptions for purpose built student accommodation and a wide array of communal housing, including hospitals, hotels, residential accommodation for members of the armed forces and sheltered accommodation.

What are the payment dates?

The draft legislation states that RPDT is to be aligned with corporation tax payment deadlines, although Government has said that it will also introduce transitional arrangements for quarterly Corporation Tax payments to ensure that companies are not due to make RPDT payments before the finalisation of the legislation.

The Government is seeking to raise at least £2 billion over a decade and has said that it intends to repeal the tax once sufficient revenue has been raised.

How will the tax be calculated?

Government consulted on different models for calculating RPDT profits and supported by a majority of industry respondents, has chosen to proceed with Option 2a which uses existing Corporation Tax rules while noting potential difficulties in apportioning profits from mixed use developments.

Detailed information can be found in the Residential property developer tax: response to the consultation document.

When will RPDT be implemented?

Legislation will be introduced in the Finance Bill 2021-22 to establish RPDT and the tax will apply from 1 April 2022 to profits arising from residential property development recognised in accounting periods ending on or after that date.

It is clear that the proposed tax will have varying effects on different sectors and types of developer and as the tax is aimed at residential developers with profits over £25m, arguably, this might allow smaller developers a better chance to compete in the market.

Please do get in touch with our team if you require advice or support following the Autumn Budget changes. 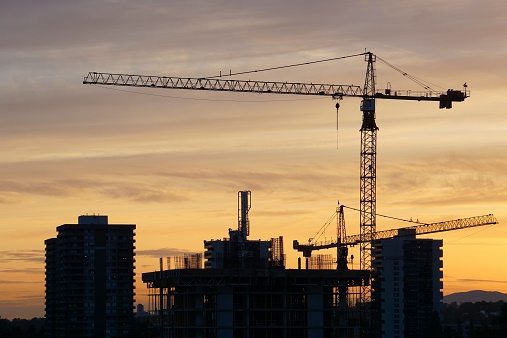