The Autumn Budget is on 27 October. In a speech to the Conservative party conference last week, Chancellor Rishi Sunak indicated that he would use tax rises, rather than borrowing, to fund future spending pledges. But he was not specific about how or when this would happen.

This years’ Autumn Budget is rumoured to be a “technical budget”, which the Chancellor has said will aim to “continue to invest in public services and drive growth, whilst keeping public finances on a stable path”.

What is already in the pipeline?

It’s possible that the year’s most significant financial announcements have already taken place, there having already been two hefty tax rises announced during 2021 with the increases to Corporate Tax and National Insurance Contributions.

Many commentators have predicted CGT increases over recent years and have thus far been wrong. There is speculation that CGT rates could be aligned with Income Tax rates and anyone contemplating asset disposals, or the sale of a business should certainly be considering whether now is the time to contemplate disposals rather than after any potential tax rise.

Previous predictions about the abolition of higher rate tax relief on pension contributions have proved wrong. However, as pensions relief costs the government approximately £40 billion a year, perhaps the Chancellor might be tempted to make changes in this area. The two main ways in which relief could be targeted are by changes to pensions tax relief on contributions for higher rate tax payers or by changes to the lifetime allowance.

A restriction in higher rate relief would generally target those earning between around £50,000 and £240,000. Above this level, the ability to make pensions contributions with tax relief is curtailed due to the tapering off of annual allowance. For those at the lower end of that spectrum this would be a further squeeze in a world of increasing inflation and cost of living pressures.

With the Autumn Budget being held just a few days before the UK hosts the COP26 UN Climate Change Conference in Glasgow, the Chancellor is expected to announce measures intended to prove the Government’s green credentials.

These measures might include incentives or funding for climate favourable activities, and possibly heavier taxes or levies on dirty or polluting activities or industries.

Tax take as a percentage of fuel pump prices has actually fallen over the years with the fuel tax having been frozen for over ten years reportedly costing the Treasury an estimated £50 billion.

The government might be tempted to increase fuel duties, though this will undoubtedly risk great unpopularity especially on the back of recent shortages.

It was rumoured in the run-up to the Conservative party conference speech that the government would announce an increase to the minimum wage for workers over the age of 23, known as the National Living Wage. The announcement failed to materialise at the conference, leaving the distinct possibility that it’s being saved for the Autumn Budget later this month.

As always we will be kept waiting until the day to truly understand the magnitude of any changes, and as such we will be updating clients as and when information is released. 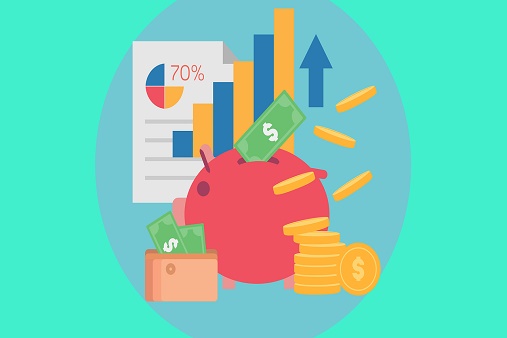 Previous Article
How to reclaim VAT on bad debts
Next Article
Preparing your business for sale – Tuesday 16th November 2021, 10am – 11am