Home  >  News & Insight  >  Brexit Deal or No Deal – Is the Construction Industry Prepared?

Brexit Deal or No Deal – Is the Construction Industry Prepared?

The property and construction industry relies heavily upon certainty and market confidence and so the current uncertainty surrounding Brexit is a very hot topic amongst our clients and contacts.

Stuart Stead, Partner and Head of Property and Construction at Cowgills, looks at the main areas of concern being discussed and the implications for the construction industry whether or not a deal is failed to be reached by 11pm on 29th March.

Brexit is even more unclear now than it was back in June 2016 when 51.9% of the UK population voted to leave the European Union. The lack of support for Prime Minister Theresa May’s proposed Brexit deal has increased the likelihood of a No Deal Brexit for the UK and there is currently much current debate over what will happen in this event.

The hot topics seem to be labour, materials, the pound and funding.

The availability of labour is probably one of the biggest issues Brexit will create for the UK construction industry. The industry is highly dependent on EU migrant workers, for both skilled and non-skilled roles and it’s widely known that currently there are insufficient British workers to meet the requirements of the industry.

Under a No Deal Brexit and without specific trade agreements in place, the UK would initially have to use World Trade Organisation (WTO) rules for trade with the EU. These rules don’t cover the trade of services to the same extent as they do goods, so there remains a big question mark over the supply of labour in the construction sector as naturally, EU workers and sub-contractors fall under the provision of services.

Any visa systems implemented may deter EU workers seeking work in the UK and any scheme would not only take time and complex procedures to implement but may be unattractive to prospective workers in comparison to other visa-free EU countries.

A shortage of labour could in turn lead to higher project costs with demand for labour outstripping supply potentially encouraging UK workers to demand higher wages.

Now for the good news – the government has announced that the qualifications of individuals with EEA qualifications such as EU architects will still be recognised in the UK even with a No Deal Brexit. This means that subject to immigration policies, such individuals should be able to continue to register and work in the UK in much the same way as they do now.

It’s now the time to assess how heavily you rely on EU labour and consider how your business will cope if this resource is restricted.

Whilst there is much talk about the freedom of movement of people, the bigger concern for many involved in the construction industry is the movement of materials.

Two thirds of construction materials used in the UK are imported from the EU with the three biggest commodities being timber, aluminium and steel (92% of soft timber wood used in UK housebuilding is imported from the EU).
A particular concern in the short term is the issue of slowdown of materials – caused by delays as paperwork is checked before lorries can enter the UK, and it could significantly impact the construction industry’s ‘just-in-time’ systems where stocks of materials are not normally held for long periods.  The costs of this could ripple through the whole supply chain.

The industry can breathe a small sigh of relief however, as the government confirmed that construction materials which have been given the ‘OK’ in Europe can be used in the UK even in the event of a No Deal Brexit.  Referring to a draft statutory instrument laid on 18 December 2018 detailing the arrangements which will apply if the UK leaves the EU without a deal the government has said that immediately following the UK’s exit from the EU, the European harmonised standards and UK designated standards will be identical.

Construction companies have been aware of  the potential shortage of materials and how they can mitigate exposure by stockpiling. This of course impacts on cash which is likely to be challenging in itself, particularly further down the supply chain.

A No Deal Brexit is predicted to lead to a weaker pound which in turn will cause higher costs of imported materials.  In the absence of trade deals, the UK will lose its tariff-free access to the EU single market along with being faced with the imposition of duties.

The pound is already weakened and many construction businesses have absorbed this but how well can business and others in the sector can cope with a further weakening of the pound?  This leads on to funding..

As part of the EU, the UK has been one of the biggest beneficiaries of EU funding. The potential loss of such funding may challenge the existence of future construction projects.

There is also concern within the housebuilding sector and amongst financial forecasters that a no Deal Brexit would affect the appetite for investment and could lead to sites and projects being abandoned and fewer site acquisitions made.

Falls in business investment due to lack of confidence from the uncertain outlook could depress industrial and commercial construction activity as well as residential.

In turn, this could have an impact on the government’s current objective to build 300,000 houses annually and a decline in house building may worsen the current UK housing crisis.

However, whilst a departure from the EU may close some funding doors it could open up others. The weak pound may put the UK in a positive light for some investors.

The property and construction industry is notoriously vulnerable to sentiment and it requires political certainty to build on. However, it also needs labour, materials and funding. If the industry cannot rely on these via an agreement with the EU, it’s essential that businesses are putting in their own contingency plans to mitigate the risks. Who knows what will happen but consider your contingency plans in place and whilst we are dreading the worst we are all hopeful for and excited about the best. 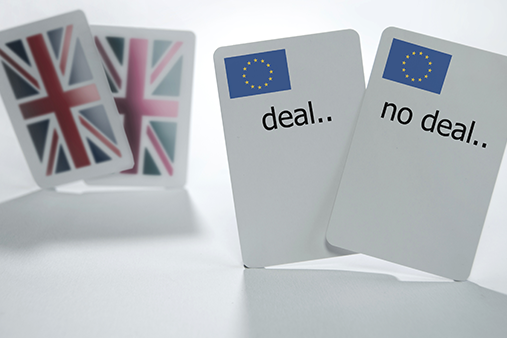 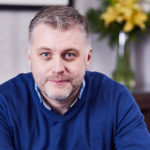