An Upper Tier Tax Tribunal VAT case in November 2018 has left a construction business with a £221k bill for underpaid VAT and has highlighted the consequences of incorrectly zero-rating construction services.

Our VAT team explain the circumstances surrounding the case and why it should prompt other businesses in the sector to consider how they account for VAT on construction services and take advice if the VAT treatment is uncertain.

J&B Hopkins Limited (JBHL) was involved in a construction project as a sub-contractor for Rok who was the main contractor.

JBHL and Rok failed to realise that the charity’s certificate only allowed Rok to zero-rate their supplies and so the certificate was irrelevant to sub-contractors such as JBHL who should account for VAT at the normal rate, which in this instance was 20% standard rate VAT.

In 2013 JBHL were subject to an HMRC VAT inspection. HMRC reviewed the transactions and concluded that JBHL’s supplies should have been standard-rated as Rok was its customer, rather than the charity.
The situation was complicated by the fact that by this point Rok had been liquidated. Had Rok still been solvent and trading as normal, JBHL could have remedied the situation by issuing a VAT-only invoice or credit notes and new invoices with 20% VAT.

This would have meant that JBHL would not have been left out of pocket and having to pay the VAT out of its own funds.

However, due to Rok’s status JBHL was forced to suffer the cost of paying HMRC’s VAT assessment which amounted to around £221k.

Whilst JBHL did accept in principle that they were incorrect to zero-rate their supplies of construction services to Rok, they appealed the decision by HMRC to assess for VAT on the supplies.

They argued that HMRC’s VAT assessment in this case was contrary to EU law as HMRC would be unjustly enriched. In other words, JBHL felt that it would be unfair for HMRC to benefit from what was essentially a windfall, as Rok was not in a position to reclaim the VAT from HMRC.

The Upper Tax Tribunal ruled that if there was a windfall it was at Rok’s expense, rather than JBHL. That is Rok lost out on claiming the VAT and that in any case JBHL should have correctly accounted for VAT to HMRC.

Although JBHL might have been misguided by Rok providing the charity’s VAT certificate, ultimately, they had made the error and had to take responsibility.

Further, the Tribunal said that just because JBHL couldn’t remedy the position directly with Rok the customer, it still could not invoke the principles of fiscal neutrality and effectiveness.

This decision is a reflection of HMRC’s more aggressive and harsh approach, will ideally send out a clear message about the importance of accounting for VAT correctly and how costly it can be to a business when mistakes are made. The fact that HMRC could be seen to unfairly benefit from such an assessment is irrelevant. 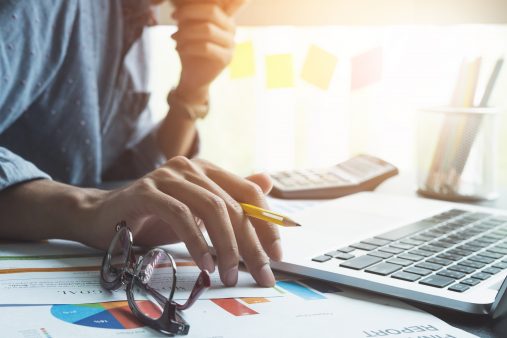