Construction firms have been given a stay of execution from a potential cash flow crisis.

The implementation of the VAT Reverse Charge has been delayed until 1 October 2020. Trade bodies such as the Federation of Master Builders and the National Federation of Builders had called for ‘common sense to prevail’, and those pleas have been heeded.

Why are things changing?

The changes are being introduced to combat “missing trader fraud” which is estimated to cost the Treasury £100m in lost revenues per annum. In essence, a company operating in the construction sector will see the responsibility for the reporting of a VAT transaction move from the seller to the buyer of a good or service.

For a subcontractor who currently charges VAT on their invoices, the new Reverse Charge will reduce their cash inflows by 20% lower per invoice.

The move will see many contractors in a VAT reclaim position owing to the purchases for materials, fuel and other standard-rated provisions needed for their operations which can be reclaimed on a monthly basis. However, the likely plethora of repayment returns to be processed will potentially create a backlog in processing refunds to customers- compounding cash flow problems which will be most acute for those who purchase high volumes of materials (which are still to be paid for gross of VAT).

Trades with high profit margins and low materials purchases such as demolition will feel the pinch less than lower margins and high material purchases, such as roofing and civil engineering.

However, regardless of sector any firm that uses the VAT element of received invoices to fund cash flow will see a sudden and drastic drop in available funds.

In the broadest terms, those relying on VAT funds for cash flow (an accepted method for many) will have less money to spend and less room for manoeuvre.

Other things to consider

The additional administrative responsibilities and revised obligations including the confirmation of relevant information to ensure correct payments may also create an additional cost for companies. Though the current VAT system is arguably a rigmarole in itself, it has been largely unchanged for a long time and the move to a new system will entail a learning curve and related opportunity costs.

Conversely, cash strong subcontractors see the positives of being in a VAT repayment position and not having to manage the VAT themselves (the VAT is still accounted for by the end user). It is these businesses with robust cash flows that can withstand the endemic problem of receiving payment in line with agreed terms.

More changes and trouble ahead?

Laing O’Rourke, Costain and Balfour Beatty, three ‘Premier League’ contractors have all at some point this year been removed from the Prompt Payment Code- a Government attempt at having member firms pay 95% of all supplier invoices within 60 days.

Problem contracts- ultimately disputes over programmes and who gets paid for what- have been cited in the drying up of cash and the ultimate demise of Shaylor Group, Pochins and the behemoth Carillion. A ‘race to the bottom’ in pursuit of winning available work has led to micro-margins with little slack for delays, cost overruns and even the smallest deviation from programme.

The VAT Reverse Charge is not the only HMRC-led issue facing companies. Additionally, HMRC’s regaining of ‘Crown Preference’ in insolvencies presents another headache for construction firms. The move has been justified by the Revenue on the basis that unsecured creditors only recover 4% of debts on average and that the change could see an extra £175m of tax revenues per year. The effect of HMRC leapfrogging floating charge lenders will likely see a marked change in the risk appetite for these lenders. The insolvency trade body, R3, has described the change in pecking order as a ‘short-sighted cash grab’ which will push firms into further problems.

Construction firms are a bedrock of floating charge lenders’ customer base. Difficulties in obtaining credit for plant and machinery may hinder growth and obstruct firms’ ability to compete for tenders. Likewise, a further cash hit may arise from a lender’s unwillingness to provide invoice finance; which would in turn reduce any credit insurer’s enthusiasm to offer coverage.

Notwithstanding the direct cash flow issues, firms will also see dividend prospects in insolvency drastically reduced by HMRC’s new preference position. Unfortunately, subcontractors are a mainstay of creditor lists in the event of a Main Contractor’s insolvency. A further compounding of cash flow issues will see many more subcontractors become the headline act.

Moreover, the looming presence of Brexit hangs a cloud over the economy. In the absence of any certainty over a deal, and with regard to the potential impacts identified by Operation Yellowhammer. Chaos at ports, blockages in the supply chain, surging materials costs and a slowdown in capital projects have all been suggested as likely in the event of a No-Deal Brexit; and possible in any event post-withdrawal from the European Union.

Attempts to stop VAT fraud is undeniably a justified act by the Treasury; but rampant payment delays, HMRC’s new preferential status and the potential dark cloud of Brexit present a perfect storm for the UK Construction industry.

This storm has been tempered by preventing the introduction of a new VAT system four weeks before a potential No-Deal Brexit. But more so than ever, construction businesses and their owners will need guidance over their best steps forward; be it in the form of advisory, funding or recovery. 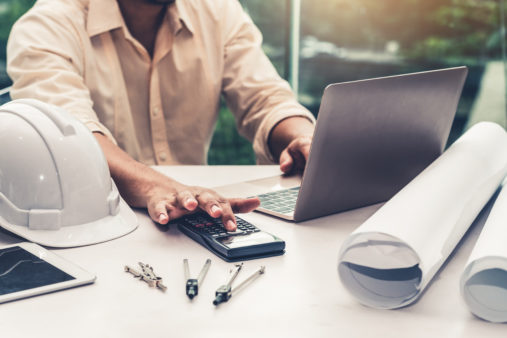