Could you benefit from BPRA?

Business Premises Renovation Allowance (BPRA) was first introduced in 2007.  It was intended to help and encourage businesses and investors to convert and renovate empty business premises in areas that were considered to be economically disadvantaged, and bring them back into productive use.

Originally BPRA was intended to come to an end in April 2012, but due to the ongoing problem in the UK of derelict shops and empty business premises which blight many of our high streets and industrial estates, it has been extended.  The deadline is now 31 March 2017 for corporation tax purposes and 5 April 2017 for income tax.

The relief is available to both individuals and partnerships, and allows investors to claim tax allowance for 100% of the amount invested when business premises are converted or renovated in an ‘assisted’ area.

The relief can often be overlooked, or there can be some uncertainty as to what qualifies.  For example, whilst the premises must have been vacant for 12 months or more, this is not 12 months from the date of purchase, the property must simply have been unused for 12 months prior to commencement of the works to the building.

Retrospective claims can be made for past expenditure, in some cases up to three years after the initial spend.

A 2015 report by business data website the Local Data Company (LDC) revealed that the average vacancy rate in the 723 town centres covered was 11.8% at the end of 2014 and furthermore in the largest towns with the highest vacancy rate, 70% of these vacant units have been empty for more than a year. LDC data also identified 49,538 vacant units across the country which is the equivalent of 5 Manchesters lying empty.

The BPRA scheme can be useful for businesses seeking new premises and also for investors looking for something long term to put their money in to.

“Recently we provided advice which meant that our client achieved a £149K deduction from profits, resulting in a £30K saving in corporation tax.  Another claim resulted in a £427K deduction equating to in excess of £85K saving of corporation tax.”

Whether a business is looking to set up for the first time, or planning a relocation, BPRA can provide a good return on investment and we have specialists at Cowgill Holloway who can advise on your specific circumstances. 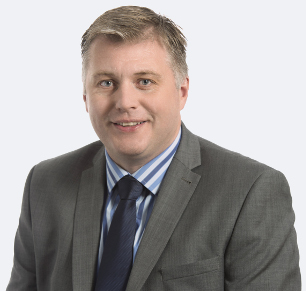