Fraud levels in the UK are said to be at a 12 year high, with carousel fraud remaining the biggest problem for HM Revenue and Customs (HMRC).

Under carousel fraud, criminals claim for the repayment of VAT that was never paid in the first place on goods imported and exported to and from other European Union nations. In recent years, mobile phone and computer chips have been two of the main items used by carousel fraudsters.

The recent landmark ruling in the Livewire Telecom case has opened up the possibility for businesses innocently caught up in HMRC’s attacks on carousel fraud to pursue their case for VAT repayments.

Andy Ball, head of tax at accountancy firm, Cowgill Holloway, said:
“This decision is likely to be a major setback for HMRC, with businesses potentially claiming millions of pounds back in VAT claims which have been unfairly blocked by HMRC. It is quite likely that the recent cases of Condé Nast and Livewire Telecom are only the tip of the iceberg.”

HMRC had refused to repay £2m in tax to UK mobile phone trader, Livewire Telecom, on the suspicion that the company should have known they were trading in a carousel fraud chain. The VAT appeal has ruled that HMRC must repay Livewire’s claim with immediate effect.

Andy Ball continued: “The Livewire case illustrates just how important it is for businesses to seek proper professional advice to fight their corner. People need to be aware of the risks involved with carousel fraud.”

Livewire was the first company to test the ruling in the Bond House case that said that the traders could only be denied from recovering input tax if they had knowledge or means of knowledge of the fraud.

It was found that HMRC could not prove that Livewire was aware of its part in a fraudulent chain, although there were some odd patterns of trading. It was said that HMRC could not count on traders knowing about carousel fraud and that HMRC would need to provide strong evidence of knowledge or means of knowledge. Traders only have to take reasonable precautions and should not have to police carousel fraud themselves.

HMRC is considering an appeal to the High Court to fight the Tribunal decision.

Andy Ball concluded: “Although Tribunals do not set precedents and the facts of each appeal will be different, Chairmen in other similar cases yet to be heard will be made aware of the Livewire decision and will no doubt bear it in mind when reaching their conclusions. However, at first sight, it is difficult to see what grounds of appeal on a matter of law HMRC might have given the essentially subjective nature of the matter under dispute.

“HMRC has had mixed success in the courts with its fight against carousel fraud. Livewire has stirred matters up again, which is no doubt why HMRC is appealing the case. Any companies with delayed claims in the pipeline, that hoped that the loss of Livewire would mean HMRC repaid them without the need for a hearing, will be disappointed. This case also shows yet again that each claim has to be considered separately on its own merits.” 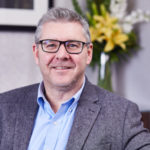