Accountants
and business advisers Cowgill Holloway have been celebrating after their client
Assist Recruitment won an award at last night’s EN Deals of the Year Awards.

The
company won ‘Best Deal under £10 million’ for their merger with HC Recruitment
in late September of 2011. The merger created one of the largest industrial
recruiters in the UK.

The
deal was orchestrated by Cowgill Holloway’s corporate finance team who
identified the opportunity to merge the two businesses, structuring and
project managing the transaction.

Commenting
on the award win, Ian Johnson the Corporate Finance Partner who led the deal
said:  “It is fantastic for Assist Recruitment to have been recognised for
this deal. We are pleased to have played a key role and to have worked
alongside the business in this merger.” 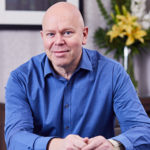