January 8 2014
Cowgill Holloway LLP has provided financial due diligence support to equipment distributor Wilkinson Star as they clinched a £400,000 investment from the Greater Manchester Loan Fund.
The company is set to create ten jobs with the investment which is to provide working capital to fund its new distribution agreement with Chinese manufacturer Jasic Technology.
Wilkinson was founded in 1979 and recently launched its own-branded welding equipment under the name of Xcalibur as its plans to diversify its product range.
The agreement with Jasic will allow the business, which exports to more than 60 countries worldwide, to compete more aggressively in all sectors of the market.

The £20m fund, which is managed by Maven Capital Partners, was established by the Association of Greater Manchester Authorities in June 2013.

Mark Bringloe, who heads Cowgill Holloway’s transaction service offering, stated:
‘We’re delighted to have advised on this transaction which represents a fantastic growth opportunity for Wilkinson Star and we look forward to working together again in the future’. 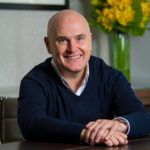