Marmalade is the UK’s leading developer of mobile, console and PC board games. Its catalogue includes classics such as Monopoly, Cluedo and Game of Life, licensed by gaming giants such as Hasbro, with its most recent addition, Jumanji, inspired by the feature film.

Commenting on the investment Sam Davies partner in Cowgills corporate finance team said: “We were introduced to the management team at Marmalade by a long-time client of Cowgills.

“This was a challenging and significant deal to deliver under extreme time pressure, especially as there were multiple and complex levels of stakeholders involved and we wanted to ensure the best outcome for everyone. It was a great example of how to swiftly take control of an MBO and ensure the very best result for our client, which culminated in them acquiring a significant equity stake in the company. This was a significant improvement on the previous deal that had been presented to them and we are extremely pleased to have been able to support them on this exciting venture.”

LDC’s investment will support the existing management team, led by joint CEOs Michael Willis and Cristina Mereuta, as they invest in the development of new games and recruiting new talent. The pair has already led the business through a period of exceptional growth over recent years, with revenues growing by over 100 per cent in the last three years.

Now, Marmalade continues to develop and publish high-quality family games across a wide range of platforms and licensors, targeting a number of new releases in 2022 and beyond, whilst continuing to invest in its growing team across its offices in London, UK and Lisbon, Portugal.

The investment in Marmalade was led by Dale Alderson, Jacob Leone and Aziz Ul-Haq at LDC in Manchester. As part of the transaction, Dale and Jacob will also join the board, alongside inbound Non-Executive Chairman Andrew Graham.

Commenting on the support provide by Cowgills Corporate Finance team Cristina Mereuta, joint CEO of Marmalade Game Studio, added: “We were really impressed with the support provided by the whole Cowgills team, there was just an immediate chemistry and trust with the team.

“Having not been through an MBO processes before, they enabled us to take control, understand the priorities and potential pitfalls for all of our stakeholders and through them we secured the very best deal for our business. They immediately understood what the business had achieved and what our ambitions and priorities were and supported us every step of the way.

Michael Willis, joint CEO of Marmalade Game Studio, continued: “They held our hands from start to finish and were honest and realistic about the journey ahead and the challenges we needed to navigate. The speed in which they secured the funding with LDC was impressive and they matched us with a partner with whom we had total synergy. We are incredibly grateful to Sam, Brad and the team at Cowgills.”

“In LDC, we have a partner that is committed to backing our ambition and working closely with us to make our business plan a reality. It was also important to us that our backer was supportive of the strong working culture we have created, and we know from LDC’s track record they will help us to maintain the creative spirit and supportive environment that Marmalade is known for. With more game launches on the horizon and our recruitment drive ongoing, we’re excited to continue driving our expansion.” 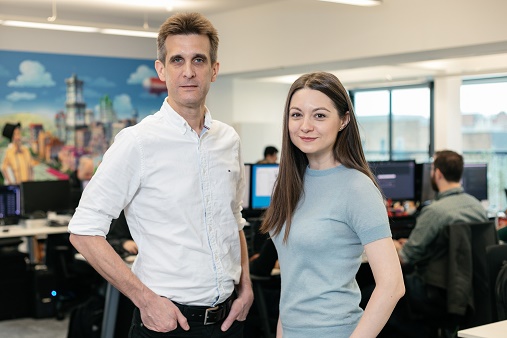