A graduate of Manchester Business School, Sam joined Cowgills in summer 2018, from Knight Corporate Finance. He has helped build the firm’s lead advisory corporate finance team, from its base in Manchester’s Spinningfields, delivering over £100m of deals in the last 12 months. The value of deals puts Cowgills for the first time in the top ten list of north west financial advisors on the Experian M&A review.

Commenting on Sam’s promotion Cowgills partner and head of corporate finance Ian Johnson said: “It is a fantastic achievement to be made a partner following such a short time with the firm. Since joining Cowgills, Sam has delivered some notable corporate finance deals and has become a rising force in the market.  He has been instrumental in recruiting and developing a dynamic team – which is now fifteen strong and still growing – his success is certainly well deserved.”

Sam has led some of the region’s leading corporate finance deals including; the MBO of King Construction backed by NVM Private Equity, the trade sale of Roadways to Breedon Plc, the sale of Assist Group to idverde UK, the MBO of CTI Digital MBO of The Protein Works backed by YFM and the growth capital investment by Foresight into Steamforged Games.

Commenting on his promotion Sam said: “I am delighted to become a partner at Cowgills. The team we have created is superb and has been instrumental to the growth of the division over the past 12 months.  We have already built a strong pipeline of deals that we are looking forward to bringing to market in 2020.

“Cowgills have been extremely supportive, providing me with a fantastic springboard and I am looking forward to working with Ian and the other partners to continue to build on our success story.”

Ian Johnson continued: “Sam has experience working as both an adviser and as a private equity investor with BGF. This breadth of experience has given him a depth of understanding of both the client and the investors’ side of a deal. This has enabled him to build a strong reputation, advising clients on private equity transactions and M&A deals whilst supporting them post investment, which aligns with Cowgill’s long-term approach in working with our clients”

“When Sam first joined Cowgills it was our intention that his appointment would help us push forward with our ambitious expansion plans and growing the corporate finance team in Manchester was central to that. He has forged a strong position in the market and is becoming a key figure in the north west corporate finance industry.  The growth and success means that we now need to move the lead advisory team to new, larger offices in the city which will happen in the coming weeks.” 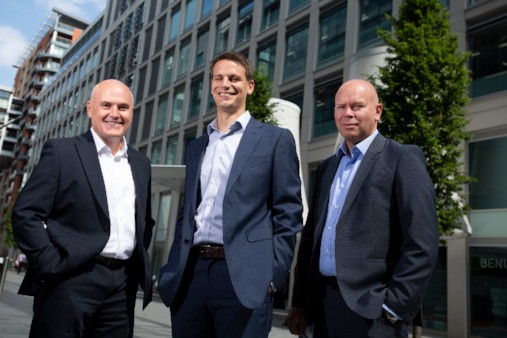