Former Manchester United & England defender, Wes Brown, has spoken exclusively to Cowgills director, Ben Cowgill, as part of the Cowgills Business Heroes podcast, about his journey from school in Burnage, his experiences growing up in Longsight and how a phone call from Nobby Stiles helped to secure his future at Old Trafford.

Commenting in the video Wes, said: “I was 14 when I started training at the Lilleshall National Excellence Centre in Shropshire with players like Michael Owen, Michael Ball and John Harley. That really did help instill the discipline and team bonding that you need to succeed at high level sports, but it was hard moving to what was essentially a boarding school at such as young age. I’d never been anywhere before, never mind only coming home once a month, but my nanna encouraged me go and I’m so glad she did. That group of people then become your family.

“I went to Burnage High School and I played all sports there, especially basketball which was the main sport at our school and I also played right wing for two years at Fletcher Moss. One day I filled in as centre back which seemed to go OK and I was scouted by United and had trials at Oldham and Manchester City. A week later Nobby Stiles phoned my dad and that clinched the decision to choose United.

“When I started training with the first team everyone was bigger and stronger than me and I really didn’t feel like I was good enough. I was suddenly playing alongside people like Mark Hughes, who would just brush me to one side”

Asked about how he managed his money as a young player Wes said: “When we won the Champions League I was on my second year pro wage packet which was probably about £250 a week. I was still getting the bus to training and Sir Alex asked me why I wasn’t getting a taxi but I just couldn’t afford one at the time.

“As a young person it was hard to know who to trust with things like financial advice, but it’s changed now as much more is done by the clubs these days. It’s important that young people should know more and ask questions about things like finances because in football your career goes by in a flash so you need to plan from the outset.

“It’s difficult to instill that mentality for planning, saving and investing in young players who might only be 20 or 21 but there is more advice and help now.  I didn’t even have a bank account until I was 16 when United set one up for me!”

He added: “Sir Alex was always really understanding and supportive. He knew I still lived at home despite having been on the first team for two years. He helped me move out of home to Bramhall and didn’t let me move into the city centre, he guided me all the time and you couldn’t get away with anything – he knew if you’d been out. He’d tell me all the time that I was going along a different path and he genuinely wanted the best for me.”

You can listen to the full interview here, or alternatively, watch the full video below! 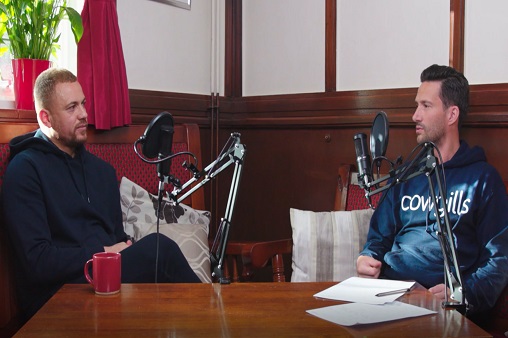 Previous Article
Cowgills Business Heroes: Steve Parry
Next Article
SME homebuilders might lose out over cladding crisis they were never involved in