Home  >  News & Insight  >  Cowgills Lands Itself A Night In The Cells

Cowgills Lands Itself A Night In The Cells

Business advisory and accountancy firm Cowgills has teamed up with Bolton brewery Northern Monkey to create a new beer to raise funds for Bolton Lads and Girls Club (BLGC).

The special brew, named ‘A Night In The Cells’, will be sold through Cowgills client and colleague network, with all monies raised going to the Club which Cowgills has supported for many years.

Commenting on creating the special ale, Cowgills partner Stuart Stead, who is also a trustee at BLGC, said: “Northern Monkey is located right on ours and BLGC’s doorstep. We wanted to do something a little different to raise much needed cash for the club whilst supporting a growing local business.

“As accountants we spend a long time looking at cells on spreadsheets so thought the name ‘A Night In The Cells’ was a good fit with our business.

“Partnering with Northern Monkey to create our very own limited edition craft beer has been really good fun, but we hope that it will really help to raise vital funds for BLGC and the young people that they support throughout the town.”

Liam Convey who owns Northern Monkey and creates its beer from its brewery on Chorley Street in the town centre added: “When Cowgills approached us we were very happy to get involved, supporting BLGC whilst working with a highly established Bolton business like Cowgills.  With the creation of this special edition beer, we will hopefully be able to both raise a glass and some money too.”

Kelly McFadden Head of Fundraising & Communications from Bolton Lads & Girls Club said: “We want to thank Cowgills and Northern Monkey for developing A Night in the Cells to raise funds for our charity. Cowgills is a long-term, proud patron of the Club and we are inspired by their desire to help us continue to provide critical services for Bolton’s children and young people. We can’t wait to try the new brew and share the news with our other fantastic supporters.”

The first batch of 1,000 cans is now available to buy directly from Northern Monkey’s online store www.northernmonkeybrew.co.uk/webshop/beer/a-night-in-the-cells/ or via Cowgills. 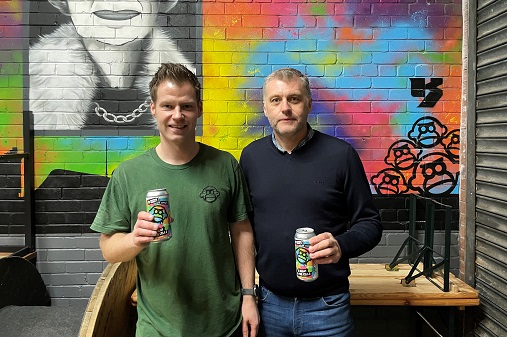 Previous Article
Spring Budget 2022 – what can we expect?
Next Article
Making Tax Digital (MTD) for VAT