Cowgills has sponsored super welter weight Jack (27) since he turned professional in 2015 and is proud to be supporting him again in 2022.

Jack said: “Without the support of corporate sponsors like Cowgills, I wouldn’t be able to put all of my focus into training. Stuart and the firm have been loyal supporters since the start of my journey and it has allowed me to train and focus on my career. I’m really excited for 2022 and would like to thank Cowgills for supporting me on this unbelievable journey.”

Stuart Stead , partner at Cowgills who has followed Jack’s career from the start added: “Jack has always combined raw talent with grit and hard work to reach his goals and it has been pur privilege to sponsor him for the last six years and to watch him win the English title in 2019. He has achieved so much already and we look forward to seeing what 2022 brings for him.”

He continued: “The pandemic was tough for so many involved in competitive sport and the boxing community was no exception. Indoor gyms were closed and fights were out of the question for long periods but Jack showed his usual determination and trained hard despite the challenges he and other competitors faced.

“Cowgills remained committed to sponsoring Jack throughout and we are thrilled to play a small role in helping him continue to succeed as one of the country’s best professional boxers.” 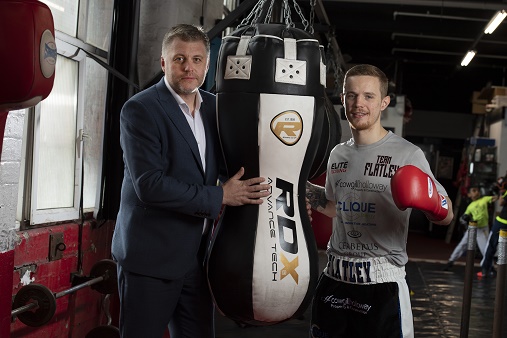 Previous Article
Insolvency statistics 2022: What you should know
Next Article
Making Tax Digital for VAT