Entrepreneurs’ Relief – How long will it last…?

What is the background to Entrepreneurs’ Relief (ER)?

Entrepreneurs’ Relief (ER) was introduced by Labour under Gordon Brown in 2008 as the successor to Business Asset Taper Relief. The Labour Government of the time said it was designed to deliver a sustainable and straightforward system, internationally competitive and providing a tax relief for entrepreneurs.

Essentially, it was designed and hoped to encourage entrepreneurs to invest in and boost the small businesses market.

The relief allows people selling their firm to pay half the normal rate of capital gains tax (CGT), up to a lifetime limit of £10m. Initially it only applied to the first £1 million of qualifying gains but that lifetime limit was aggressively expanded by the Conservatives and has been at £10 million since 6 April 2011.

Recent research by the Institute for Fiscal Studies (IFS) suggested that low rates of CGT have not actually encouraged entrepreneurs to invest more in UK businesses but have provided large tax savings for company owners – not what was originally intended!

Whilst the Treasury had in mind that the relief would cost around £200m per year –  a greater than expected take-up and the increase of the limit has led it to cost more than 10 times that each year.

HMRC recently estimated that the total cost of ER over the first 10 years was a staggering £22 billion.

The Office for Tax Simplification (OTS), an independent advisor to the Government, have said the cost of tax relief on ER claims is greater than that of any of the other reliefs considered in their review and that the ER does not appear to encourage investment in young or growing businesses or preserve existing businesses from break up in the event of succession. Therefore, the OTS says that ER warrants a closer look.

So, whilst successive Governments have been broadly supportive of ER, the OTS comments and the need to look for additional tax revenues post the General Election in December, suggests that restrictions to ER might be on the horizon.

There’s much uncertainty for business owners already. It is anticipated that a Labour Government would scrap ER and whilst the Conservatives haven’t intimated that they would look to remove it completely, there’s certainly pressure on them to generate additional revenues to fund some of the announced spending promises.

The scrapping of ER would raise what tax business owners pay when they sell. 10% has always been viewed as generous, anything below the current income tax threshold of 45% is possible. Any business owners hoping to sell now or in the immediate future should consider measures to bank the ER now ahead of any changes post an election, or in a future Budget, rumoured to be pencilled in for January 2020.

A tax raid by a Labour Government could leave you out of pocket and whatever Party are elected on December 12, who knows how long and to what extent the attractive ER in its current form will be around.

If you are considering selling your business either now or in the future, consider your motivations. Some entrepreneurs are keen and ready to sell their business now whilst they are certain of getting ER. But there are others who are pushing for it to happen quickly because of their concerns over the future and ER.

It is clear that ER and other capital tax reliefs are under review, so it is vital that business owners take advice and plan accordingly.

If you require tax planning advice around ER please do not hesitate to contact Lisa Wilson, Tax Partner at Cowgills. 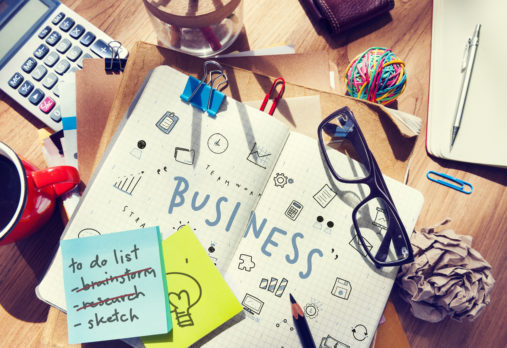