Our business advisory team has completed the sale of the lease of Bodelwyddan Castle back to landlords Denbighshire County Council after the Trust, the charity which runs the castle, museum and art gallery was forced to close.

The Grade II listed Bodelwyddan Castle was forced to shut its doors in 2019 following the loss of its annual £144,000 Council grant. The Trust had 99 years remaining of a 125 year lease which was valued at over £1m. The lease was placed on the market for sale by agents Lambert Smith Hampton who received several offers around the market value including the final figure from the Council which was in line with the valuation amount.

Late last year the Trustees sought advice from Alan Coleman and Craig Johns and appointed them to complete on the sale of the lease.  Alan Coleman said: “The surrender of the lease has now formally completed which secures the future for this much-loved landmark building.  We understand that Bourne Leisure, which owns the neighbouring hotel, is planning to acquire the remaining part of the Castle from Denbighshire County Council and undergo a full refurbishment which will ensure the future for this superb building.”

Michael Booth from Lambert Smith Hampton added: “The instruction to assist Cowgills across all aspects, being the property, chattel assets, antiques and site clearance has been both challenging and exciting, ensuring that heritage items have been preserved for future generations.”

Jayne Williams who was the caretaker manager of the Castle for twenty years was instrumental in managing the Castle on behalf of the liquidators and the trustees.  Dr Kevin Mason acted for the trustees as a general consultant and Salisburys Chartered Accountants and Aaron & Partners Solicitors also acted for the Trust. 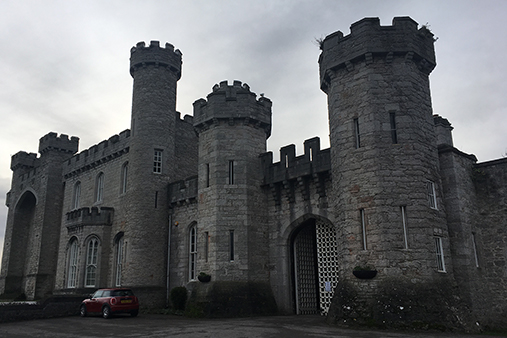 Previous Article
Can Property Landlords Claim Any ‘Super’ Deduction?
Next Article
Preparing for the end of Government Coronavirus Support