You could say it’s been a turbulent few weeks for former tennis star and TV pundit Boris Becker, who famously won his first grand slam in 1985 at the tender age of 17, becoming the youngest ever men’s Wimbledon singles champion, going on to secure a further 6 grand slam titles throughout what many consider to be an illustrious playing career.
It seems, however, ‘Boom Boom’ Becker’s crown may have slipped somewhat in recent years. Once estimated to be worth upwards of £100 million, it was announced in May of last year he was separating from his second wife of 13 years, following previous divorce settlements of £15 million from his first wife and a paternity settlement of £2.4 million after fathering daughter Anna in the now infamous Nobu restaurant ‘broom cupboard’ incident in 1999. To further add to his troubles, in June 2017 Becker was declared bankrupt, over the failure to pay debts understood to be in the region of £3.3m owed to London-based private bankers Arbuthnot Latham & Co.
In a rather bizarre twist to the tale and what seemed to be an obvious last ditch attempt to try and suspend bankruptcy proceedings, earlier this month Becker claimed diplomatic immunity from his debts on the back of his appointment as the Central African Republic’s attaché for sports, culture and humanitarian affairs to the European Union. Becker, who would not be paid for his role, has never visited the CAR, a landlocked, volatile and war torn country enduring severe famine, it is considered to be among the poorest nations.
What follows would be worthy of a Hollywood comic caper, as officials from the CAR claimed they had no knowledge of Becker’s new position and his diplomatic passport was declared a ‘clumsy fake’ from the CAR’s foreign minister Charles Armel Doubane. In a photograph circulated of said passport, the serial numbers indicated it was one from a batch of stolen passports, all of which was fairly damning testimony against Becker.
Becker is now applying for a restraining order to prevent the sale of some of his prized possessions including Wimbledon trophies and other assorted tennis memorabilia, in a timed online auction of his belongings, the proceeds of which will go to his creditors. 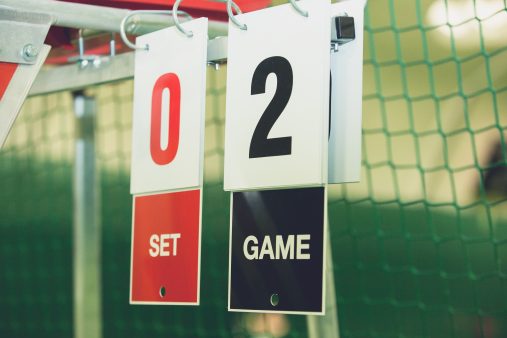 Previous Article
Important changes to the way rents are treated in an insolvency after a failed Company Voluntary Arrangement (CVA)
Next Article
Stuck in frozen tax thresholds?