Why good advice is essential when it comes to insolvency proceedings

The value of introducing clients to good advisers is hard to quantify, however, get it wrong by introducing a bad adviser and you’ll soon see the impact it has. Especially when the business is in financial distress and needs to rely on an “expert”.
In many other industries, bad advice simply does not work or has very little negative impact, but within business recovery, where the problem can escalate into potentially terminal issues, it’s key to have a trusted adviser, with the relevant skillset and qualifications.
An example in point was a matter that we were asked to advise upon in November last year. An accountant had a client who had been referred to a “business specialist.” The business itself was undoubtedly in financial trouble having experienced several issues in the preceding twelve months and operated in a very specialised sector.
The director had received advice for several weeks, paying in excess of £9,000 plus VAT which resulted in her obtaining family monies in excess of £50,000 to pay off a secured creditor, with the only aim being for them to end gain control of the appointment so that they could complete a Pre packaged sale of the business via Administration.
On meeting with the director she had already commenced the adviser’s suggested strategy. Alarm bells began to ring when she quoted that the adviser had suggested “the landlord has no rights” and “we can dump HMRC”.
The company itself was very niche, requiring any “Newco” to be approved by HMRC. Furthermore, it wasn’t portable and, therefore, it was essential the correct procedure had been followed, it also required the landlord to be on board.
Neither of these factors seemed to have been considered or relayed to her during the advice but were critical to the success of any purchasing entity.
More worrying was the apparent lack of analysis of the company’s trading performance or any attempts to understand if a restructure could work. From our investigations it appeared that Administration had been the only outcome considered throughout the adviser’s engagement. As the financial position of the company was interrogated, it became even clearer that the advice wasn’t right and a professional second opinion was needed.
We had performed a review, as per the request of our contact (the accountant), and reported back. The director, although very appreciative of our advice, elected to continue with the initial strategy regardless.
Needless to say, it was more than three months before we heard anything , when the same accountant called to advise that the director was really concerned about how the strategy was unfolding and, therefore, a meeting was arranged to see if we could provide any further assistance..
During our meeting she advised that she had not sought the second opinion I had recommended and had instead continued to engage with the “advisers” putting all her faith in what she was being told. She had repaid the primary debenture holder (the £50,000) and had also paid in excess of £15,000 in adviser and legal fees.
A Notice of Intention to appoint Administrators had been filed, which was due to expire within a couple of days of our meeting and she was under pressure from the adviser to sign the notice of Appointment. Despite this she had never even met the proposed Administrators (who had been introduced by the advisers) nor had she agreed any price for the business and assets.
However, the main reason for her concern was a letter she had received addressed to her “newco” from HMRC advising that they were unwilling to agree to its registration under the requisite scheme that would enable it to trade on. When she queried this with the adviser she was told to continue with the appointment and everything would be ok and even if it wasn’t she could simply “wind up the business.”
During our meeting, the director was obviously distressed having started to fear a mistake had been made, and asked us what her next steps should be. We recommended that she immediately put a stop to the Administration process whilst we reviewed the business, as this would have concluded the matter.
This time the director agreed and gave us a chance to review the business performance, as a result we were able to compile a new model that would sustain itself going forward. There was no doubt that it still needed creditors’ assistance and as such we proposed a CVA, potentially saving the business.
After discussions with HMRC and the other major creditors this process was then approved.

Three months after the CVA has been approved and the business is surviving and meeting the initial targets and projections, they are hopeful of a successful conclusion.
Comparing this to the initial advice she was given by the “adviser” (not an insolvency practitioner), the outcome would’ve been that the business would have been closed down, resulting in 20 redundancies with a nil return to creditors, or maybe even sold to another business, both negative conclusions for the director.
Whilst our remit doesn’t allow for seeking the repayment of fees to the original adviser, this recent case study illustrates the value in receiving proper advice.
In some other industries, bad advice results in a lack of optimal performance, however, in ours it is often a case of life or death for the business.
As a firm of professional advisers and qualified insolvency practitioners, we are more than happy to discuss any ongoing matters and give our professional opinion. Should you ever have any doubts regarding an ongoing strategy, please feel free to contact us. 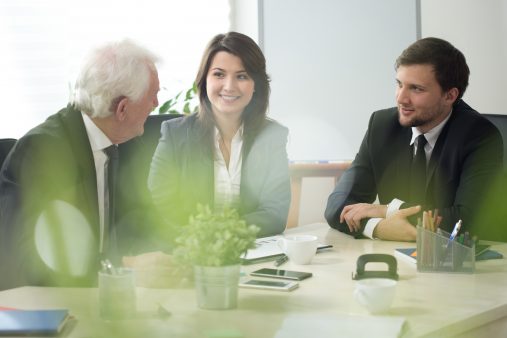