Thirty years ago, small and medium-sized (SMEs) developers built 40% of new homes in the country. Fast forward to today, SME developers build only around 12% of these homes. There are a number of factors that explain this drop to include the financial crisis which has led to strict lending criteria as well as increasingly prolonged and onerous planning processes. The large national and regional developers are doing the best they can so without increasing SME output we will never unlock the housing shortage.

Research conducted by the Home Builders Federation (HBF) in 2017, found that reviving the number of SME housebuilders to 2007’s level could see 25,000 a year more homes built, which is a step in the right direction towards the government’s target of 300,000 new homes per year.

It could also increase the desire for new builds, according to the Federation of Master Builders (FMB) consumers are twice as likely to be ‘very satisfied’ with the quality of their new home if it was built by an SME, who are also improving the diversity of housing stock in local areas with new concepts such as modular homes.

Landmark Development Solutions, (LDS) has been created specifically for SME developers building 15-60 units per scheme or phase, the concept – completely unique in the market place – is changing the way developers sell and fund residential schemes. The involvement of LDS leads to increased finance options, reduced overheads and an increase in housing starts and completions

A concept to change the way developers sell and fund schemes

Essentially LDS is a residential underwriting concept. We will exchange contracts to acquire entire schemes pre-construction, reducing risk exactly the same as an off-plan transaction. However, entirely unlike an off-plan transaction, we will then allow the developer full and free rein to sell units at full market values. In essence we have created a simple and robust hybrid of the best elements of investor and retail sales.

If there are unsold units at the end of a development or part way through – to help with cash flows – we will complete through the legal contract already in place. This gives the developer the best of both worlds and opens up a whole range of efficiencies and options. We see increased access to better finance options, improved efficiencies and margins along with the ability to start more sites simultaneously and create more stock without increasing risk.

In addition to the competition from PLC’s, SME developers face even further hurdles. Over recent weeks we have seen reports that the housing market faces its worst outlook in 20 years, with RICS members expecting sales to fall due to the lack of clarity around Brexit. This creates a further lack of supply and affordability with the number of new homes coming onto the market continuing a six-month decline.

We have seen a direct correlation in this negative outlook, with enquiries for LDS trebling over recent weeks as our concept can assist our region’s SMEs in continuing to build and profit during these uncertain times. We are already working with many developers and construction companies, across a range of schemes to remove their risks and increase the number of units they are developing.

As well as working with developers to move sites forward, through our extensive network, we are able to procure development opportunities and funding which can often be the missing elements for many. We have recently launched our offering into Yorkshire and expect similar success to the North West, in due course we will roll out nationally such is the latent demand for our offer.
If you’d like to know more contact LDS’s head of new business Ian Barber 07877 531343 ian.barber@landmarkds.co.uk. 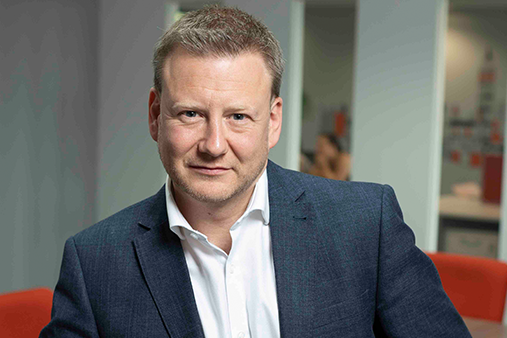