The filing of an NOIA under the Insolvency Act 1976 is a necessary step where firstly, a company or its directors wish to appoint an administrator and secondly, there is a lender who holds a qualifying floating charge (QFCH) over the company’s assets. Essentially a NOIA is a document filed at court outlining that the company intends to go into administration if a solution cannot be found to its immediate financial problems.
Once an NOIA has been sent to court the company has the benefit of an interim moratorium, which lasts 10 business days. This prevents any creditor from starting legal action or continuing any existing legal action against the company without express permission from the court. The interim moratorium lasts either until administrators are appointed, or the notice expires.
The interim moratorium can provide welcome breathing space from creditor pressure for the company and because of this the filing of NOIA and indeed sometimes several notices back to back has been used as a way of protecting the company’s position while other options such as a Company Voluntary Arrangement (CVA) are explored.
Jason Elliott of Cowgill Holloway Business Recovery looks at the case of JCAM Commercial Real Estate XV Limited v David Haulage Limited (2017) which was centred around the use of NOIA and has implications for companies in financial distress.
The case concerned a company (David Haulage Limited) which was facing threats from its landlord (JCAM Commercial Real Estates XV Limited) for rent arrears. The company filed three consecutive NOIA in order to create an interim moratorium, without the appointment of an administrator. Before the fourth NOIA was filed, the company filed proposals for a CVA with the court. The landlord, argued that this was an abuse of process and issued proceedings to have the fourth NOIA vacated and removed from the court file. The landlord argued that the primary intention was not to appoint an administrator, and that the company was simply using consecutive NOIA in case its CVA proposals were rejected.
At first instance, the judge concluded that NOIA could be filed in circumstances where the appointment of an administrator was simply an alternative option to a CVA or other rescue procedure and found in favour of the company.
JCAM appealed this decision and on appeal the first instance decision was overturned. The Court of Appeal made it clear that, in order to validly file a NOIA, the company or its directors must have a ‘settled and fixed intention’ to appoint an administrator. A conditional intention, for example a belief that the appointment of an administrator is a second best choice in the event that other schemes being explored do not work out, is insufficient and a NOIA filed in those circumstances will be invalid, and technically speaking an abuse of process.
The Court of Appeal also clarified other issues regarding the filing of NOIA:
• An NOIA should only be filed if a copy is to be served on a QFCH. If there is no QFCH, no interim moratorium can be obtained by the filing of an NOIA. The sometimes used practice of filing NOIA without serving them in order to create a moratorium, is therefore now confirmed to be invalid.
• The court’s comments also provided some guidance as to when the moratorium created by a validly filed NOIA will lapse. The court appears to have decided that the moratorium will expire at the end of the day, 10 business days after the NOIA was filed, rather than at a specific time during that day.
• The court accepted that a new NOIA could be filed, thus commencing a new moratorium, before the previous NOIA has lapsed. This offers some clarity where a QFCH is in situ and multiple NOIA are required, but obviously subject to the main decision that there must at all times be a ‘fixed or settled’ intention to appoint an administrator.
This decision dictates that NOIA cannot be used whilst the company explores alternative rescue options. A conditional proposal to appoint an administrator will be insufficient and a company or its directors must have a ‘fixed or settled intention’ to appoint administrators following the filling of a NOIA.
Whilst this ruling does provide welcome guidance, the clarifications within it could severely impact efforts to restructure companies in financial distress and are likely to affect industry practice going forward. NOIA used for tactical means of securing a period of breathing space from creditor pressure will no longer be tolerated and a company in financial distress should consult an IP immediately in order to secure the best possible outcome.
For advice on any of the issues in this article, please contact Jason Elliott, Partner at Cowgill Holloway Business Recovery on 01204 414243 or at jason.elliott@cowgills.co.uk. 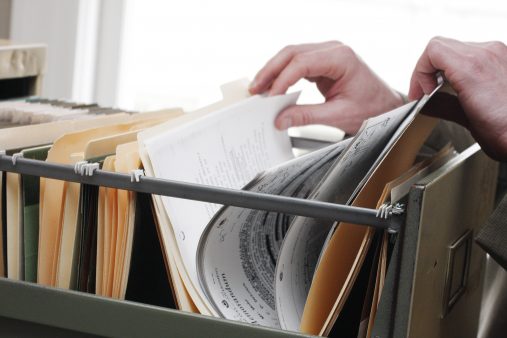