This uncollected tax is called the ‘Tax Gap’ and is essentially the difference between the amount of tax that should, in theory, be paid to HMRC, and what is actually collected.

This significant gap is surprising given the huge amount of tax that has been collected this last year and previously since the drive from HMRC to collect significant amounts of tax from initiatives such as the HMRC settlement agreements regime, tax amnesties, clampdown on the use of aggressive tax avoidance and attempts to increase the tax take from multinationals.

Why is there a tax gap?

The tax gap arises for a number of reasons including simple errors in calculating the tax, carelessness, legal interpretation of the legislation, evasion, avoidance and criminal attacks on the tax system. Also, it is impossible to collect every penny of tax that is owed – for example, from insolvent businesses.

Whilst the tax gap of £35bn sounds astronomical HMRC have reported that this is 5.6% of total theoretical tax liabilities. This means that in 2017-18, HMRC secured an encouraging 94.4% of all tax due.

HMRC are also quick to point out that there has been a long-term reduction in the overall gap, from 7.2% in 2005-06 – the first year for which the tax gap was estimated.

Do the figures tell the whole picture?

Some analysts have pointed out that according to HMRC’s research, the tax gap is not a measure of tax avoidance that many of us would recognise. For example, the way HMRC calculates the gap specifically excludes profit shifting by multinational companies – the kind of tax avoidance strategies used by the likes of Google, Starbucks and Facebook.

A study conducted by TaxWatch of profits in the tech industry estimated tax losses of £1bn a year from just five US tech businesses! By leaving out large and important areas of tax avoidance, HMRC is able to claim that at just 5.6% of the total tax bill, the UK has one of the lowest tax gaps in the world. Decide for yourself!

Clearly, all businesses need to get it right to avoid falling foul of HMRC but surely it’s time for HMRC to face up to some of the bigger challenges of tax avoidance rather than hiding behind flawed figures. 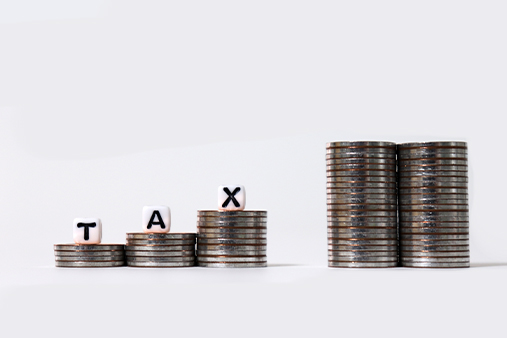 Tax
Posted by Lisa Wilson
5th July, 2019
Get in touch with Lisa Wilson
lisa.wilson@cowgills.co.uk 01204 414 243
We use cookies to ensure that we give you the best experience on our website. If you continue to use this site we will assume that you are happy with it.OkPrivacy policy