Employers are urged to check and double check claims they have made under the Coronavirus Job Retention Scheme (CJRS) as HMRC are expected to set their sights on tackling incorrect and fraudulent claims.

Draft legislation has been published which if passed will give HMRC the power to check that grants made to employers through CJRS have been used correctly to pay workers’ wages, and to ensure employers have not been overpaid furlough reimbursement.

It would allow HMRC to reclaim any furlough money overpaid to employers or not spent on wages as intended, with any organisation caught deliberately using furlough money for anything other than its intended purpose facing a financial penalty.

The legislation is being fast tracked through parliament and if implemented could come in to effect as early as July at the same time as the proposed Finance Bill.

Where employers believe they may have accidentally misused the furlough scheme, there is a 30 day ‘amnesty’ as “the penalty will only apply if the person fails to notify HMRC about the situation within 30 days,” the draft bill says.

So, in effect employers would have 30 days to admit their mistake and avoid the penalty for committing furlough fraud.

HMRC had already received 1,868 error notifications by the end of May and told the BBC that it has received more than 3,000 reports of furlough fraud since April.

Independent whistleblowing organisations have also warned of an increase in calls relating to furlough fraud with employees whistleblowing on their companies after being forced to work whilst their employers have claimed furlough for the employee.

We are expecting serious sanctions for employers where HMRC discover carelessness or fraud in claiming furlough payments.

For business owners, many of whom implemented claims in a rush at the start of lockdown, now is the time to check and double check the amounts are correct, the paperwork is accurate and Government guidelines have been adhered to.

HMRC will impose a penalty if an employer has deliberately made an incorrect claim or deliberately doesn’t pass on the furlough payments to employees.

Employers will be granted a 30 day ‘amnesty’, during which a penalty will not be charged if the employer notifies HMRC about the situation within 30 days.

It’s advisable to make sure your ‘house is in order’ in advance of any potential HMRC investigation.

In light of all this, we strongly recommend that employers review the claims submitted to the CJRS in order to identify any inaccuracies and be certain that the funds have correctly been used. If you are unsure whether you have correctly used the CJRS contact us and we can help.

To find out more about our tax investigation service, please email enquiries@cowgills.co.uk and one of the team will be in touch. 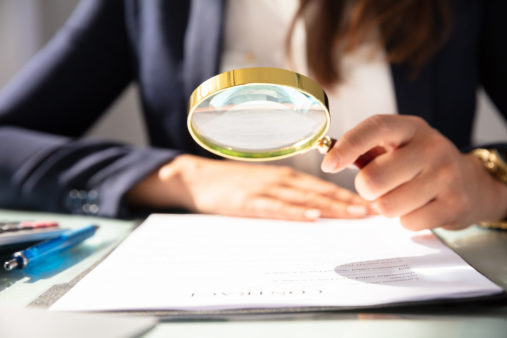