Implications of excessive remuneration to directors and family members

Generally speaking, HMRC will be happy for any employee to take a large salary as it means they will see higher revenue from income tax and NICs through the payroll.

So, it might seem at odds to hear that HMRC may and do argue that remuneration is excessive.

Why does HMRC care?

It’s not widely known that the rule which determines whether a payment is one of earnings subject to PAYE and NICs is independent of whether or not the same payment is allowable for tax purposes.

It is dangerous, therefore, to assume that HMRC will happily allow excessive remuneration to be paid simply because of the increased yield in income tax and NICs, because they can still disallow for tax purposes any payment made by a trade if it has not been incurred wholly and exclusively for the purposes of that trade.

So, HMRC can potentially collect the PAYE tax and NICs but refuse tax relief on the payment against business profits.

If HMRC decides that such an expense has not been incurred wholly and exclusively for the purposes of the trade, it is generally the ‘excess’ that is disallowed with any amount that is justifiable being allowed.

What about remuneration for spouses, civil partners and children?

Generally speaking, HMRC will accept that a director/shareholder of his or her own company may choose to remunerate at whatever level is desired, so long as the company remains profitable.

HMRC inspectors are more likely to challenge remuneration packages for other employees and will look at wages, etc. paid to spouses, civil partners and/or other relatives to see if they are commensurate with the work they have done.

The best defence against this is to be able to demonstrate that the remuneration paid reflects the work undertaken by the person involved and is in line with amounts paid to employees undertaking similar work for the business.

It is common for close relatives of the main director/shareholder to enjoy certain benefits which other employees don’t such as company cars, medical insurance or club membership.

Pension payments on behalf of directors and other employees also need to have been incurred wholly and exclusively for the purposes of the trade in order to be allowable.

Since 2017, the pensions annual allowance of high earners has been restricted – broadly, those earning more than £100,000 are potentially affected, such that as a person’s income rises, the amount that can be paid into a pension for tax relief is tapered down to as little as £10,000 in a tax year.

A director/shareholder might therefore wish to enhance overall family pension entitlement by arranging for substantial contributions to be made on behalf of a lower-earning spouse or civil partner in the same business. If the pension contribution appears excessive as part of the overall remuneration package, HMRC may try to disallow what they consider to be the excess.

The key message is not to assume that a payment is deductible from taxable profits just because it has been taxed as earnings. There needs to be commercial justification for any payments made by the business but in particular where HMRC might perceive a link to a higher earning director/shareholder. Of course, it’s perfectly acceptable to pay wages to a spouse, civil partner or a child but it must be commensurate with the work undertaken. 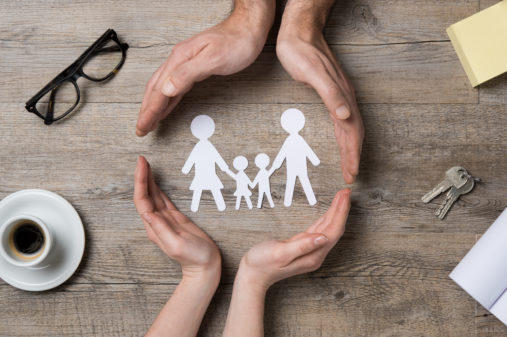