The term ‘pre pack’ administration is widely used in the media and insolvency sector to describe a scenario when all or part of a business is sold by an administrator, immediately or shortly after they have been appointed.   Here director and licensed Insolvency Practitioner Nick Brierley explains more about ‘pre pack’ sales and new draft legislation due to come into force.

The nature of a pre ‘pack sale’ is that, prior to the commencement of the administration, the business and assets are marketed and an agreement to sell the same is negotiated.

In many situations, where a distressed business can be saved via a business and/or asset sale, the most appropriate purchaser is often the existing management.  This is because they very often maintain the customer relationships and ultimately hold the ‘goodwill’ of the business.  They also have intimate knowledge of the business and can transact much quicker than an unconnected third party that may need to undertake significant due diligence and the circumstances often dictate that the sale must complete very quickly to preserve the value in the business.

Understandably, creditors sometimes are frustrated that the management can continue in a new company having purchased the ‘business’ and not the debt, but connected party transactions can often result in preservations of employment for staff and increased returns for creditors as they may have been the only serious interested party willing to purchase the business.

In June 2014, the Secretary of State at the time, Vince Cable, commissioned an independent review into ‘pre pack’ administrations.  The report was carried out by Terresa Graham CBE who recommended that when buying a business from an administrator, connected parties should first, prepare a ‘Viability Review’ of the new business and that they should approach a newly formed ‘pre pack pool’ to disclose details of the deal and receive feedback from the pool on the proposal.  Both of these recommendations were voluntary and were intended to increase transparency and creditor confidence in ‘pre pack’ sales to connected parties.  However, it has subsequently transpired that the use of the Pool has been nominal with only 8% of connected party ‘pre pack’ sales being referred to the pool in 2019.

New, draft legislation, will require mandatory independent scrutiny of ‘pre pack’ administration sales where connected parties, such as existing directors and/or shareholders, are involved in the purchase.  It is understood that this move is intended to give the general public and creditors reassurance that their interests are being protected alongside those of the distressed business.

This legislation will mean that an administrator will not be able to complete a business sale of all or a substantial part of the business and/or assets to a connected purchaser within eight weeks of the commencement of the administration, unless they have creditor approval or an independent written report.

The report can be written by someone who ‘believes that they have the requisite knowledge and experience ’.  Whilst that’s not a particularly clear definition, what is known is that the report cannot be provided by one of the administrator’s associates or any individual who has provided insolvency or restructuring advice to the company in the preceding 12 months.  The individual preparing the report must be independent of the company and the connected party purchaser.  In addition, it  must be circulated to creditors and filed at Companies House.

Whilst the rationale for increased transparency and protection for creditors is understood, the practicality of potentially having to wait eight to ten weeks for creditor approval whilst ‘maintaining’ an ongoing business in Administration will most likely be difficult, time consuming, costly and potentially harmful . One of the main benefits of a ‘pre pack’ sale immediately after the administrator’s appointment is continuity for customers which ultimately underpins the value of the goodwill and other intangible assets of the business.

Perhaps, upon providing advice to the company and engagement, the advising Insolvency Practitioner will notify any connected party known to be interested in purchasing the business to seek their own independent advice in relation to obtaining an independent written report  to try to preserve that continuity and value within the business.  Other Practitioners may then be approached to provide such a report and it will be very interesting to see what guidance is provided on the practicalities from the regulatory bodies.

If you would like to know more about the options available to distressed, but potentially viable businesses please contact Nick directly nick.brierley@cowgills.co.uk 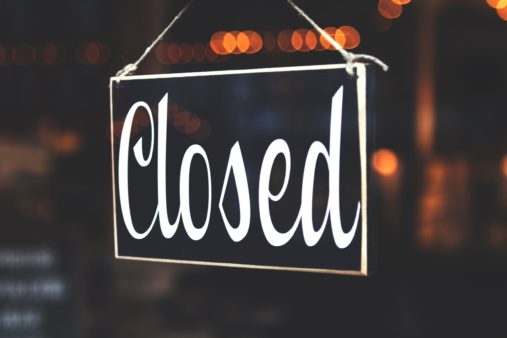