What is the background?

Chartered accountant Graham Wildin acquired a bungalow adjacent to his home and acquired planning permission for its renovation into a ‘man-cave’. He also built a 10,000 sq. foot sports complex including a cinema, bowling alley and casino on the shared land for which he argued planning permission was not required as it was for his family’s use only.

Unsurprisingly, the local authority disagreed and issued an enforcement notice to demolish the property. Instead, he added further rooms and so was told again to remove the building or be found in contempt of court.

Subsequently, Wildin registered for VAT on the basis he intended to supply “luxury holidays” from the site. He invoiced his family and other connected persons to give them use of the facilities over the coming periods. He also invoiced his own accountancy firm for document storage.

Also, on the basis that he was using the renovated and constructed properties as part of a trade, he claimed capital allowances and recovered input VAT on the capital expenditure.

But – based on earlier press interviews which Wildin had given about his ‘man-cave’ in which he had said the buildings were only for private use, HMRC disallowed his capital allowances and input VAT recovery claims with an HMRC investigator telling Mr Wildin he had ‘claimed deductions and VAT repayments which, as a qualified professional, you must have known you are not entitled to, due to the asset being used personally.’

After several hearings spanning many years, a tribunal has confirmed that Mr Wildin is liable to pay the full amounts demanded by HMRC which amount to an eye watering £297,630.65 of tax and penalties.

These are on top of the costs he has already incurred constructing and then demolishing the building (he has yet to do the latter!).

This case has been well documented in popular press and not least because the deadline for demolition expired earlier this month and the man-cave still stands! Plus, as a Chartered Accountant Wildin really should have known better.

On a serious note, this demonstrates that where planning permission and VAT are concerned, it’s a complex area and one which is littered with litigation. It’s important to get professional advice at the outset of any development to find out how VAT may impact it.

Read our previous article on this subject here.

Get in touch with our Head Office in Bolton, Greater Manchester, for any advice on planning permission and VAT on 01204414243. 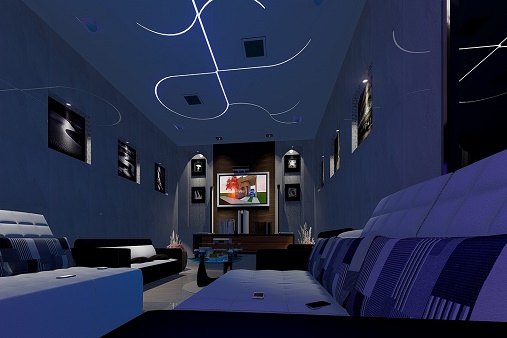 Previous Article
Spring Statement 2022 roundtable: Hosted by Cowgills
Next Article
Changes to the VAT treatment on the installation of Energy Saving Materials (ESMs) in Great Britain