What does the future hold for North West dealmakers?

“The general consensus among solicitors, bankers and accountants in the North West is that closing deals in 2009 is going to prove to be much tougher than it has been for a very long time. However, at Cowgill Holloway we remain positive about the year ahead. Banks are being encouraged to lend, but we recognise that liquidity is not going to return to the market overnight. Clearly, there is a lot of hard work to be done, but with some creativity and willingness from entrepreneurs to re-enter the market, deal flow should improve.”

Where are the transactions coming from? What criteria will a company have to demonstrate to fund their ambitious growth plans as well as refinancing their business?

“Without doubt, we are witnessing a greater number of transactions coming from insolvencies, turnarounds, pre-pack administrations, and those who are looking to fund distressed businesses.

“The evaporation of bank lending and the low in general business confidence has been reflected in the plummeting value of UK deals in the last half of 2008. Banks are obviously showing much greater caution over how much they lend and who they lend to. Some are still willing to lend money, however, before lending, potential bank funders expect a detailed business plan and robust financial forecasts. Those businesses most likely to succeed in securing finance are those with strong business strategies and even stronger management teams.”

There appears to be plenty of activity at the smaller end – a market which big firms previously stood accused of ignoring but are now trying to tap into – do they have the expertise to service the demands of smaller companies?

“The larger firms do have the ability to service the demands of the smaller companies but in comparison to those who have concentrated on the smaller end of the market they have limited knowledge and little or no relationship with those who fund the smaller deals.” 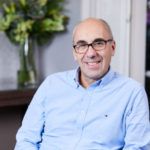