Property News: Development Funding – in 2016 the door is wide open

As we march into 2016 with a head of steam from development activity over the past 12 months I thought it may be useful to reflect on the funding opportunities out there for developers.
There is certainly no shortage of options ranging from the high street to specialist senior lenders, with funders previously confined to London and the Homes Counties (or at least south of Birmingham) realising that there is an active and buoyant market north of Manchester.
Over the past 12 months I have seen the high street recognise land value over cost, increased competitiveness on pricing and a willingness to adopt a more flexible approach to repayments over the historic requirement for full net sale proceeds until debt is repaid.
Across the spectrum of specialist lenders there is I believe a solution for most funding requirements – the balance simply comes down to leverage and price. Up to 80/85% of cost (+ interest roll-up) / 65/70% of GDV is now readily achievable with rates from around 8% pa at the higher end of the Loan to Cost scale down to around 3.25%/Base for a more comfortably geared lend of around 55% of GDV on the high street.
Mezzanine has largely been replaced by stretch senior offerings which provides a single loan provider at a similar blended rates. The dreaded exit fee requirements have also come under pressure and are increasingly based on debt / peak utilisation as opposed to GDV with some lenders having done away with exit fees altogether.
Delivery is still down to people whether it be the intermediary understanding the deal and structuring / presenting the transaction so it has the best chance of success to picking the right lender who shares the same drive as the developer to get the deal done, has a sound track record of performing and will still be around after the first drawdown to work with the developer and be capable of responding as things change, which they invariably will do.
Over my 20 or so years in the sector I have worked for lenders and a developer (the latter during the credit crunch) so with experience both sides of the fence I know only too well the importance of choosing the right funder. An offer which sounds too good to be true usually turns out to be just that whereas a sound offer which is deliverable and enables you to build a relationship with a lender based on honest two way communication will stand you in good stead if problems arise and be of benefit as new opportunities present themselves.

If you have a development scheme you would like to discuss please email david.rainford@cowgills.co.uk or call 01204 41 42 43 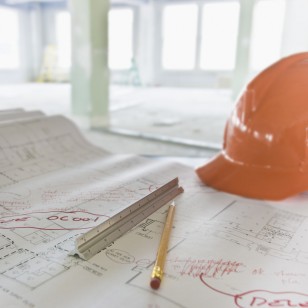