Taxpayers urged to be vigilant ahead of self-assessment deadline

HM Revenue and Customs (HMRC) is warning millions of Self-Assessment customers to be aware of fraudsters in the run up to the 31 January deadline.

The most common techniques fraudsters use include phoning taxpayers offering a fake tax refund, or pretending to be HMRC by texting or emailing a link which will take customers to a false page, where their bank details and money will be stolen. Fraudsters are also known to threaten victims with arrest or imprisonment if a bogus tax bill is not paid immediately.

HMRC operates a dedicated Customer Protection team to identify and close down scams but is advising customers to recognise the signs to avoid becoming victims.

Genuine organisations like HMRC and banks will never contact customers asking for their PIN, password or bank details and people should never give out private information, reply to text messages, download attachments or click on links in texts or emails which they are not expecting.

HMRC are urging people to take action by forwarding details of suspicious calls or emails claiming to be from HMRC to phishing@hmrc.gov.uk and texts to 60599. Customers who have suffered financial loss should contact Action Fraud on 0300 123 2040, or use their online fraud reporting tool.

There’s more information on GOV.UK about how to avoid and report scams and recognise genuine HMRC contact. 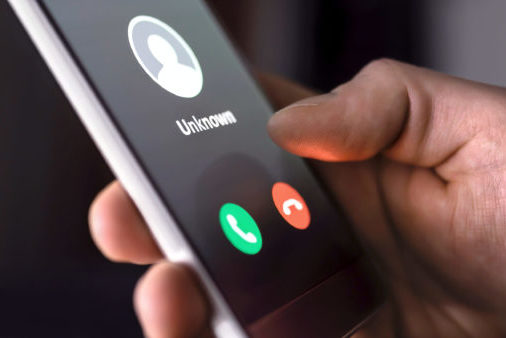 Previous Article
Considering an MBO or starting a new business – here’s our advice
Next Article
Data Protection Fee – does your company need to pay?