Home  >  News & Insight  >  Temporary extension to carry back of trading losses – it could be too late for some businesses!

Temporary extension to carry back of trading losses – it could be too late for some businesses!

In the Budget earlier this month, the government announced a temporary extension to carry back of trading losses for both Corporation Tax and Income Tax.

This proposed new measure will allow businesses with accounting periods ending between 1 April 2020 and 31 March 2022 to carry back trading losses to an extended period of the previous three years, offsetting against profits in the most recent year first.

The rules for the carry back of losses to the previous year will remain unchanged in both companies and unincorporated businesses. They will be able to carry back as much as they require to reduce profits to nil. Losses carried back to the preceding two years will have a cap equal to the lower of total profits in these years or £2 million. Any unused losses will still be available to be carried forward.

The potential repayment of tax from earlier years in unincorporated businesses will depend on the tax positions of the individual, but if a company, or group of companies, is able to utilise the full £2 million allowance in both accounting periods, they stand to receive accelerated tax relief of £760,000.

However, the detailed guidance makes it clear that no repayments under the extended loss carry back can be made until the Finance Bill 2021 receives royal assent. As the budget has only fairly recently been announced, the Bill is still in its first stages of approval, and this will likely take a number of months to be fully enacted.

The losses available are determined by where the company’s year-end falls so we are keeping a close eye on the Bill and any further detail to the legislation as it passes through (the compliance side of how the claim is actually made is still not clear).

This budget announcement should be of huge benefit to businesses who were profitable before the pandemic but have suffered losses in the last year due to a drop off in profitability. The ability to carry back losses for three years would generate an immediate cashflow benefit which could be crucial to emerging ‘ready for business’ after the end of restrictions in June.

However, as no repayments will be available until the Finance Bill 2021 receives royal assent and becomes legislation, by the time the losses will be able to be carried back could prove too late for some businesses. 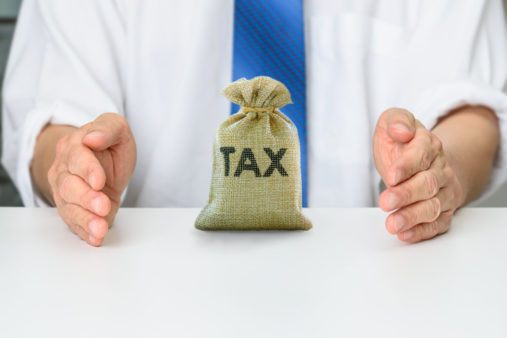