The changing rights of Creditors

Since the Insolvency Rules 2016 came into force (in April 2017…) creditors saw a significant reduction in their engagement during an insolvency process (full blog here: http://www.cowgills.co.uk/news/the-death-of-the-creditor-meeting).
This lack of clarity has led many creditors to seek advice and guidance from external Insolvency Practitioners when they find their business involved in an insolvency process.
When speaking with creditors, they’ve reported that they were either left bewildered as to what their rights were, what they should do next, and what the process actually was. Others, simply disregarded the correspondence, despite being in an extremely strong situation to impact the outcome of the debt.
By way of an illustration, we have included a recent case study to explain the importance of why creditors need advice, and the benefits of taking professional advice.

We were recently contacted by an accountant who had a client who had just received correspondence from an Insolvency Practitioner regarding one of its customers, but were not sure how to handle the correspondence. The documents were in respect of a Creditors’ Voluntary Liquidation and were the new SIP 6 report and accompanying statement of affairs.
The now creditor, had been chasing a large debt owed for a number of months and had been promised payment on a number of occasions, however, nothing had been received. As you would expect, they were a little aggrieved that this company was now being placed into Liquidation after having little/no response from the customer.
Firstly, we requested the statement of affairs to review the position of the business. This particular creditor had many years’ experience in the industry, therefore, once we discussed the report with him, he was adamant that the assets stated seemed significantly lower than in reality.
Feeling even more aggrieved, the Creditor wanted to know his options. Having had a working relationship with his customer for approximately 10 years, he felt slightly betrayed. We informed him that whilst he alone didn’t have enough votes himself to introduce us as joint liquidators, there was the potential that if we obtained another portion of the creditors voting in favour of our appointment, we’d be able to defend the creditors’ interests.
We were then appointed and reviewed the previous asset realisation strategy and found that the purchaser was an associated party (which was acceptable in theory), however, the deal seemed somewhat favourable to the purchaser, rather than to the creditors.
As joint liquidators, we were able to request another agent value the assets, which came in at £85,000. More than 5x higher than the original valuation shown in the report.
Whilst the matter is yet to draw to a conclusion at the time of producing this article, it is predicted that the creditors are likely to receive some form of payment towards the debt, rather than the originally forecasted £0.
Of course, this is an extreme example, and often, the deal proposed is a very similar course of action to what we would suggest. It does, however, highlight the importance of creditors lodging their votes.
In all instances, we’ll review the documents regarding the proceeding and offer our professional opinion. Sometimes – working with the creditor – we’re able to suggest a different course of action, other times it’s simply us confirming that the Insolvency Practitioner is acting in the creditors’ best interests.
Cowgill Holloway Creditor Services has always been in existence, but recently formalised as an offering to our contacts to help creditors understand their rights during a proceeding. We have many accountants who simply advise their clients to forward all documentation onto us to handle, and leave it in our hands.
With the changes to the Insolvency Act reducing creditors’ rights, make sure your clients’ rights are protected.
For more information, contact Jordan Heys on Jordan.Heys@Cowgills.co.uk. 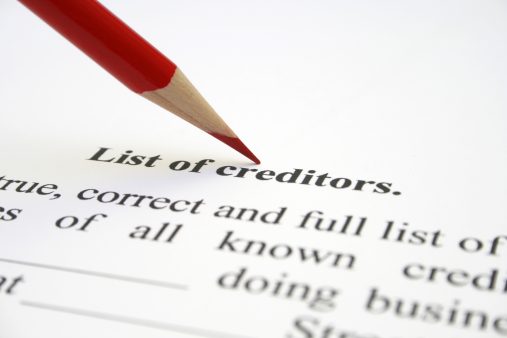 Previous Article
Guest blog: A considered view of the property market
Next Article
Why good advice is essential when it comes to insolvency proceedings