The Return of HMRC Preferential Creditor Status in Insolvencies

HMRC lost their preferential creditor status back in 2003 following the introduction of the Enterprise Act 2002.

That Act abolished the Crown’s preferential status and instead provided that a Prescribed Part of floating charge realisations be made available for distribution to unsecured creditors – of which HMRC were one.

The Prescribed Part is a ring-fenced amount set aside for unsecured creditors and is calculated based on a company’s Net Property – i.e. the sum which would have been available to distribute to the floating charge holders were it not for this provision. Essentially this is the realisations within the estate, net of professional costs and preferential creditors.

The Prescribed Part fund is calculated as follows: –

At present only employee claims for arrears of wages (up to a maximum of £800 per employee), employee pension contributions arising in the four months prior to insolvency, together with unpaid holiday pay accrued in the last 12 months, rank as preferential claims in an insolvency.

The Finance Act amends the Insolvency Act 1986 so that for insolvencies commencing on or after 1 December 2020, HMRC will rank as a secondary preferential creditor.

The preferential status is for certain taxes due from an insolvent business, to include VAT, PAYE, Employeep NICs and CIS deductions – and will be paid after the primary preferential creditors for wage arrears and unpaid holiday pay.

The intention is that more of the taxes paid by employees and customers will be recovered to fund public services, rather than be distributed to other creditors.

For the relevant taxes, this will place HMRC ahead of the general body of unsecured creditors with whom HMRC would previously rank alongside.

While there would be a greater return to HMRC from an insolvency process, unsecured creditors and pension funds will undoubtedly receive less.

This could have several implications: –

Crucially, in corporate insolvencies this will place HMRC in front of floating charge holders.

Floating charges are a common form of security for all banks and most alternative lenders and, as HMRC will now rank ahead of the holders of floating charges, these funders will find themselves in a less secure position in the event of an insolvency.

This could have several implications: –

Access to new/additional finance may become restricted which could lead to good businesses being unable to grow.

From an insolvency perspective this could lead to struggling businesses becoming unable to access much-needed additional funds and running out of working capital, forcing them into an insolvency process.

A further issue is that companies with existing lending may find that this is reduced if covenants need to be recalculated to take account of the reduced security position. Accordingly, this may lead to currently healthy businesses experiencing working capital shortages and put them also at risk of entering an insolvency process.

There are some serious risks for lenders if the value of their available security is diluted and it could become harder for business owners to access funding without putting themselves on the hook for a personal guarantee.

Secured lenders will be required to keep tighter control over their facilities and will most likely require more regular Management Information to confirm that payments to HMRC are being kept up to date.

This is important for them as they will be aware that in an insolvency situation, the higher the arrears owing to HMRC, the less likely they are to recover sums under their floating charge – whereas previously they might not have needed to be too concerned as it did not impact upon their security.

A positive of this approach will be that lenders will have more visibility on a client’s financials and act before the position becomes irreparable. Confirmation of the position with HMRC will also become a pre-requisite of any credit facility being approved.

Some secured lenders, particularly invoice finance providers, may feel largely unaffected by the change in legislation – as they own the book debts and rely upon collections to recover their indebtedness. In our experience, particularly in an insolvency with no continuity to customers (i.e. a shutdown liquidation as opposed to a sale of business in an administration), the collect out exercise can prove problematic.

In such a scenario, the loss of ability to capture any shortfall under the floating charge will be a source of great frustration.

HMRC are often the largest unsecured creditor in an insolvency – with the Directors often having fallen into considerable arrears before working with HMRC to try and negotiate some form of time to pay arrangement which proves to be too aggressive and unachievable.

Companies usually fall behind with HMRC as they prioritise their cashflow to facilitate payments that are deemed more critical – such as crucial suppliers and/or payroll.

If a clean position with HMRC is a pre-requisite to securing funding from a secured lender then the rule change may prevent this type of behaviour.

Furthermore, if a personal guarantee has had to be provided to support the now riskier lending due to the reduction in available security within the business, a Director may be more diligent in ensuring that HMRC are paid as and when sums fall due.

With the risk of exposure under the personal guarantee, a Director may now be more likely to seek professional assistance sooner rather than later and would no longer allow HMRC arrears to spiral out of control. Such a Director would be mindful that any additional liabilities owed to HMRC will now reduce the return available to a lender, which may ultimately result in the personal guarantee being called upon.

How we can assist

The impact of HMRC returning to preferential creditor status could be substantial, especially at a time when businesses are dealing with the huge disruption caused by Covid-19.

If you have any concerns with ongoing trading, then we highly recommend seeking professional advice at the earliest opportunity to maximise the options available to you and your business.

We are happy to meet up (either in person or virtually) to discuss your concerns and explore the options available to you. This is free of charge and with no obligation. 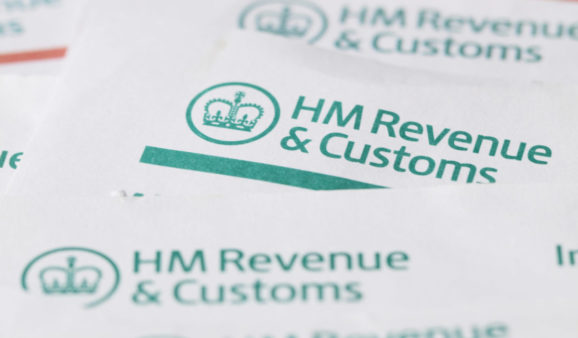 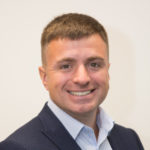