The secret life of a business owner during an insolvency restructuring

What really happens behind the scenes when a company enters administration and restructures? A business owner describes the good, the bad and the ugly of trying to turn around a failing company in a fly-on-the-wall interview with Ben Cowgill of Cowgills Business Recovery.

Ben interviewed “Mark” in order to give an insight into navigating what he expected to be one of the most daunting experiences he, as a business owner, may ever have to face, and how it ended up being the best decision he could have made.

Having formed the company sixteen years ago, Mark described his business ‘as being his baby, his life’.

Employing 32 members of staff, turnover and profitability had grown steadily since its incorporation. However, in early 2020, a sudden down-turn in trade as a result of adverse weather conditions, combined with a non-paying customer and consequent breach of the company’s invoice finance facility (which the company was reliant upon for the vast majority of its day-to-day cash flow) it quickly emerged that there was a serious problem to the extent that solvency and survival were in question.

Mark explained the first steps he took and how that would crucially set the tone for the attempted recovery.

“It’s very important to obtain no-nonsense, clear, honest advice from day one. That’s where Cowgills really delivered, they were commercial, they spoke my language. I had them on speed dial,” he said.

The company was under increasing pressure from both trade creditors and HMRC as cash flow reached an all-time low. The bank’s special measures team were also showing increased scrutiny and had insisted on an independent business review. Mark turned to his accountant who advised him to speak with Cowgills.

The importance of forming a clear strategy at the outset

“In my first meeting with Cowgills, it was all cards on the table. Initially, it wasn’t pleasant facing facts, especially when trade seemed to have been going so well. I was emotionally attached to both the business and my staff. I did feel a sense of relief after that first meeting though. I came away with a clear strategy in mind and I could see light at the end of the tunnel.

“My advice to anyone in a similar position would be to get the right professional advice as early as possible. Don’t shy away from reality. You have to meet these things head on in order to prevent problems escalating and to achieve a clear vision. Map it out.”

“We know our customers and suppliers better than anyone. Managing them in an open and honest way proved crucial in maintaining relationships both during and on the other side of the process” Mark said.

“We kept them informed of our problems and the reasons for them. If we said we were going to pay for something, we stuck to it and paid. As well as building confidence and trust, we had to be mindful of our directors’ duties and duties to our creditors.

“If the company doesn’t have money to spend, you can’t continue with initiatives that were planned before the potential insolvency arose. It’s about prioritising. It may mean upsetting some stakeholders, but you have to cut your cloth accordingly” he explains.

“I decided to close a particular site, but rather than send the administrator in to inform colleagues, we agreed that I would go in and explain matters. It was a sickening feeling but one I felt I had to address.”

“As a business owner it’s easy to think you have failed everyone. Self-doubt can creep in,” he says. “The bottom line is that we all wish we’d done things differently here and there, but if the market is not there, there is only so much you can do. Keeping life perspective is imperative, as is surrounding yourself with experienced people”.

Administration, managing the message, and the aftermath

“As word spread that we had entered administration, it would have been easy for me and my staff to be embarrassed and fear the worst. But it was the complete opposite.”

Mark said that promoting a genuinely positive message to current and future stakeholders was crucial. “Gossip needs nipping in the bud. We had taken  the most appropriate steps possible. We didn’t  mislead anyone. We can keep our heads held high knowing we did the right thing. Keeping staff as informed as possible throughout the process was really important in this.”

“Returning to work the week  after felt strange. We didn’t know what to expect. But then we quickly embraced the fresh start and looked at it as another opportunity. I personally felt cleansed. We haven’t looked back since” he commented.

If you have any questions or would like to find out how we can help your business, email enquiries@cowgills.co.uk. 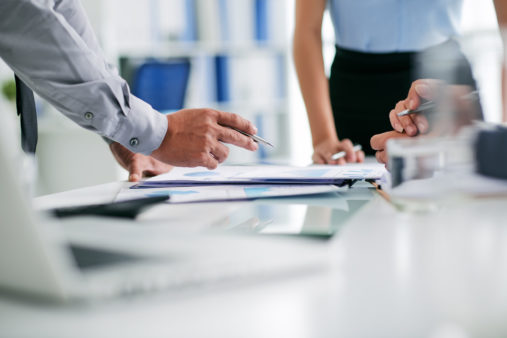 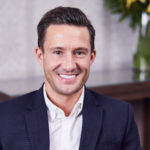