The upcoming Budget – not much room to budge for Hammond

Lisa Wilson, Head of Tax at Cowgill Holloway gives her predictions on Wednesday’s upcoming Budget, considering the current financial and political landscape.
With the dark cloud of Brexit looming, combined with the effects of The Office for Budget Responsibility (OBR) potentially cutting productivity growth predictions for the next five years, it leaves Philip Hammond in an impossible position ahead of Wednesday’s Budget.
With no apparent political points to be scored with an upcoming election (although whether Theresa May will remain PM until 2022 remains to be seen) it’s likely to as be a somewhat muted affair, or in the PM’s words “a balanced approach”.
A recent article by political journalist Robert Peston, revealed that conversations coming out of the HM Treasury kept re-iterating the same point again and again – ‘there is no money, please tell everybody!’ A seemingly fitting pre-requisite statement for the upcoming Budget.
Whilst one can hope for increased spending on public services – education and health, or perhaps plans to build more houses, it’s unlikely that there will be much in the way of giveaways. In fact if business is hoping for some encouragement ahead of Brexit, I suspect that by the end of Wednesday they will be disappointed. It seems all the rumours are about making reliefs and allowances more difficult to achieve – reducing thresholds (VAT), elongating holding periods (Entrepreneurs’ Relief) and making qualification more difficult (EIS Relief), it seems that the Government are hoping business battles on in a Dunkirk spirit sort of manner, with them offering little in terms of a lifeline.
There is very little room to manoeuvre in terms of fiscal policy unless the Chancellor wants to borrow. Which would counteract all the Conservative rhetoric of the last seven years. The roof is being fixed, but at the expenses of the windows.
To be fair to Hammond, no matter what happens in the Budget, it is likely to weigh slightly insignificant in comparison to the effects of Brexit. Upstaged, some might say by potentially greater peril to come. With no apparent vanguard charge by Labour and a Tory majority, why would Hammond look to rock the boat?
Similarly, with no inclination as to what our divorce bill will be from the EU, it would be somewhat naïve for The Chancellor to make changes to the fiscal policy before the outcome of any agreement on the bill and trade negotiations.
Hammond has previously said he aims to get rid of the budget deficit by the middle of the next decade, however with low productivity, a stagnant housing market, ‘JAMS’ and the squeezed middle, some economists are encouraging borrowing to stimulate the economy and improve confidence. Considering that the UK would likely react badly to a rise in taxes/ further reductions in spending on public services, it’s perhaps time for The Chancellor to reconsider his aims to something more achievable, but when have political objectives and promises ever been achievable?
Regardless of what comes out of the Budget, our tax team will still be providing their initial Budget commentary on Wednesday evening – to receive a copy, let us know by completing your details on this page. 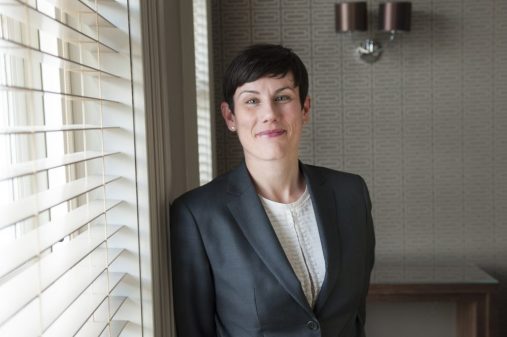 Previous Article
How do I grow my business?
Next Article
Cowgill Holloway has advised on the sale of WHR Property Consultants LLP to Avison Young