‘This is a pause, not a crash’

The residential housing market is fundamental to the economy, and a clear barometer of economic and social health. Rupert Cornford talks to four key figures from the North West industry to understand how the market is moving forward through the pandemic.

Residential property commentators were in a resilient mood earlier this month, as they labelled the current crisis as “a pause, not a crash” and a storm from which the market will bounce back.

Speaking during an hour-long webinar on 6 May, Paul Mathison, chief executive of Create Group and David Rainford, property finance director at Cowgills, warned attendees to be careful what they read in the press and said we are a long way from the so-called “Armageddon” being suggested in headlines.

The discussion started with experiences of lockdown, how people have responded to a sudden change of doing business, funding for schemes, planning processes and the future role of the SME developers. It concluded by speculating when the market might come back.

Mark Hawthorn was on a boat in the south of France when news of the coronavirus pandemic started to take hold in the UK. He’d flown to Cannes, with colleagues, for the ‘MIPIM that never was’ to celebrate the 20th anniversary of Landmark.

After several mid-week meetings, the trip was due to be extended for a few days to enjoy more time on the Med, but his flight home ended up being brought forward three times. On Sunday 15 March, as the reality began to grip France, and Sky News updates came in thick and fast – the captain of the boat suggested they should leave the country.

“When we got to the airport, there were quite a few property contacts of ours who had received similar advice,” he said. “And on the Monday Jet2 completed their last flights out of the south of France, so we knew where the trajectory was going.”

Back in the UK, developer Paul Mathison was taking a breath following news that the country was going into lockdown in response to the spread of the virus. What would he do with multiple construction sites, projects and plans in the pipeline, at a time when the guidance wasn’t entirely clear?

“There are not many of us that would have worked a worldwide pandemic into our contingency planning,” he said. “It was the speed at which it happened that was the biggest thing to deal with.

“As we took a breath and looked at the guidelines in a pragmatic way, the priority was the health of our staff,” he added. “The result of that was to keep all of our sites open (expect one, because of material supply) and implement safety measures that could be reviewed daily.”

David Rainford described the last few weeks of his professional life as a “rollercoaster”. As he took call after call during that first day at home, the pipeline of deals he was working on disintegrated in the space of a few hours.

But since then, he says co-operation has emerged between developers and lenders, who concede this is no-one’s fault and they are looking for solutions. With very little data available on the market, the industry is “limping along”, and most funders are continuing the fund schemes in build. They are pausing on almost everything else.

“All throughout these seven weeks, developers, contractors and planners have been getting on with the day job. Good schemes are still good schemes,” he said. Rainford added that tensions are beginning to break out as people want to move on with projects but are hampered by the uncertainty of how and when that might be.

“My own personal view, with the imbalance of supply and demand in the housing market, there will be pent up demand. We’ll have an initial shock and then recovery; but there will be a lag to where we were pre-Covid and there will be more conservative lending criteria,” said Rainford.

The reason why lenders have pared back, said the panel, was not the liquidity issues of 2008 but the challenge of valuations with a dramatically reduced market. While some report finding ways to support monthly draw downs, the lack of activity and data means many have no way of knowing what something is worth.

“We’ve had different experiences with lenders,” said Mathison. “On the first call we were told this would be our last draw down, but then seven days later, they had found a way to get out to site and make valuations. That’s a big play for SME developers. Without monthly draw downs, we would have been left to close more sites.

“We’ve also seen people change position on rates mid term and hide behind risk. We’ve got a way of doing business and I don’t think this is the right way. I expect relationship lending will flourish because of what’s happening now.”

That said, Rainford said he expected the capital stack to change in future, with mezzanine lenders coming in to support an expected softening of loan-to-value rates among senior funders. Mark Hawthorn’s LDS business, which underwrites schemes in build and releases cash for construction, was a talking point and a report released by CBRE after the event has also suggested the government should insure sales risk on developments in build.

There was also resounding support among the panel and in the chat room for extending Help to Buy, which has provided equity loans to reduce the mortgage requirements on home ownership. While government measures are now in place towards 2023, a lot of commentators believe it should be extended beyond first-time buyers as well.

In addition, the panel added that there was “good intent” among the planning community, but processes were slowing down. Anecdotal evidence from the attendees suggested people were having variable experiences with planning committees and the speed of progression was very much council dependent.

In the wake of the 2008 recession, new methods of funding emerged: peer to peer lending, challenger banks, and bridging finance established itself in the property sector. Hawthorn said he expected new innovations to happen again, as any gaps left in the market would be filled by something new. Rainford said he thought the funding market needed stability, especially among the peer to peer operators. “This isn’t just about developers proving credibility to funders, it’s the other way around.”

Two days before the webinar, Tom Bloxham announced that Urban Splash would be reopening its modular housing factory and sites, under new guidelines on social distancing and safe operations. The panel said modern methods of construction could offer a long-term solution to challenges of building in close quarters, but it would be impossible for an entire industry to shift overnight. SME developers don’t have the volume, said Mathison and funders are still yet to get comfortable with off-site materials, according to Rainford. It’s a positive move, but won’t be for everyone, and the financial models still need to evolve.

The role of SME developers

There are conflicting headlines about developers. Faced with the challenge of keeping sites open, at reduced capacity and the economies of scale used by their plc counterparts, many are facing ongoing challenges. But the panel agreed they remained a key part of the long-term solution: they fill a gap below which larger developers won’t build, they are quick and nimble in a market that is slow, and an entire group of funders have grown up to support them. Mathison, who is focused on sites with 40 to 100 houses, advised others to focus on their niche.

The recovery will come

Shortly after the webinar, Paul Mathison posted on LinkedIn with his thoughts on a potential recovery for the housebuilding market. Fueled by what he called “a day of doom and gloom reporting predicting the likelihood of the ‘worst recession on record’ … we need to apply a degree of realism”.

He cited the views of industry experts he’d been talking to over recent weeks and shared a few points of discussion: there will be a V-shaped recession, with a sharp decline and bounce back; the period of recovery will take six to nine months; house prices will hold and grow into 2021; £300bn of stimulus will be introduced into the economy in 2020 and beyond; and Homes England will announce significant support and investment in the housing sector.

Whatever actually happens, the housing market sits in a fortunate bracket in our economy: construction sites have been allowed to continue and were the first to go back to work at scale; and there is still a fundamental undersupply of housing in the UK, which means there is always demand. John Fletcher reminded everyone that if you are doing well, the planning and development process can still take three years and suggested this perspective would help anchor views of the current dip.

But that does not mean it is easy. Speeding up the process, supporting developers who are facing reduced capacity, and helping home buyers to make their first move, have all been brought into sharp relief by the current crisis. Housebuilding is not going anywhere, but the support mechanisms that allow this essential part of the economy to succeed, need to be healthy, innovative, and forward thinking – now more than ever.

The residential market – in brief 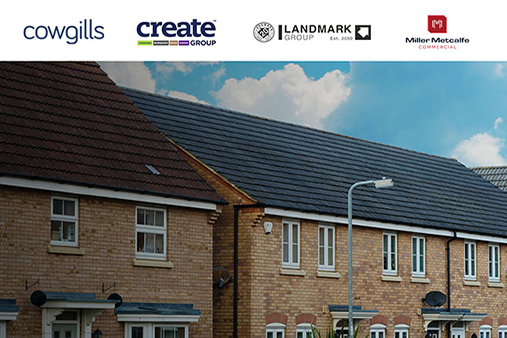