MPs are due to consider all stages of the Bill today (3 June 2020) and assuming there is agreement, its progression through Parliament is expected to be expedited.

The Bill is designed to provide breathing space to UK companies that are facing the threat of insolvency due to trading difficulties caused by the COVID-19 pandemic.

The main objective of the Bill is to provide businesses with the flexibility and breathing space required to enable the continuation of trade whilst complying with their legal obligations in the difficult conditions arising from the COVID-19 pandemic.

I have previously commented on this but summarise below the key areas likely to be of interest.

This requires an application to court but is not available where a company has an outstanding Winding Up petition against it.

It is available to companies and LLPs that are, or are likely to become, unable to pay their debts as a result of the current crisis.

The court must be satisfied that the moratorium would achieve a better result for the company’s creditors as a whole than if the company was placed into liquidation following the making of a winding-up order.

The application must be accompanied by a certificate from an insolvency practitioner certifying that, in their view, it is likely that a moratorium would result in the company being rescued as a going concern.

The moratorium will protect the company from proceedings being commenced against it without the permission of the court.

There are a number of restrictions on the company throughout the course of the moratorium which should be considered prior to any application being made.

The insolvency practitioner is under a duty to monitor the affairs of the company throughout the period of the moratorium to ensure that the result will be the company being rescued as a going concern.

The Bill does not set out the extent of the monitoring requirement and whether the monitor needs to be on site or involved in decision making but the monitor is entitled to rely upon information provided by the company unless the monitor has reason to doubt the accuracy of what is being provided.

Furthermore, the monitor has the ability to apply to the court for directions.

The company must confirm to the court that the debts arising during the moratorium period have been discharged along with any debts arising prior to the moratorium where a payment holiday has not been agreed.  This would suggest that suppliers, employees, landlords, loan repayments, etc will need to be paid during the period of the moratorium and the process cannot be used as a way of continuing to trade but avoiding paying creditors in that time.

Companies required to continue to supply to insolvent businesses

The supplier is unable to make it a condition of the continued supply that any outstanding charges are paid.  The company must however pay for the supplies that are provided in the relevant period.

Small suppliers are excluded from the requirements set out above.  To qualify as a small supplier, the supplier must satisfy at least two of the three conditions set out within the Bill.

This is similar to the provisions that are already in place for a scheme of arrangement and is intended to avoid a formal insolvency procedure being required.

In brief, a company, its creditors/members or any appointed liquidator or administrator may make an application to the court for the court to order that a meeting of the company’s creditors takes place to consider a restructuring plan.

As widely reported, the courts will ignore the period between 1 March 2020 and 30 June 2020  when assessing the amount of compensation payable by a director who is subsequently found liable for wrongful trading.

The objective is to remove the deterrent of a possible future wrongful trading application, so that directors of companies which are impacted by the COVID-19 pandemic may make decisions about the future of the company without the threat of becoming liable to personally contribute to the company’s assets if it later goes into liquidation or administration. This will in turn help to prevent businesses, which would be viable but for the impact of the pandemic, from closing.

I have previously commented on the potential risks for directors where it can be shown the company was already insolvent prior to the pandemic and I await with interest the attitude of the courts when determining “viable but for the impact of the pandemic” on future Wrongful Trading actions.

It is also important to note that the Act does not limit the application of misfeasance or breach of duty claims against directors. Accordingly, directors remain at risk of personal liability if the company later goes into an insolvency process and the directors failed to act in the best interests of creditors prior to the insolvency process when the company was in a parlous financial position or where the directors have acted negligently, recklessly or fraudulently.

Under the Bill, creditors shall not present winding-up petitions on the basis that a company is unable to pay its debts as and when they fall due, unless there are reasonable grounds for believing that COVID-19 has not impacted financially on the debtor company or, alternatively, that the debt issues would have arisen in any event.

It would be for the creditor to prove to the satisfaction of the court that the non-payment is for a reason other than connected with the current pandemic.

As with Wrongful Trading claims it will be interesting to see how the courts deal with petitions but it is likely that strong evidence of a non-COVID-19 related reason for the debt not being satisfied will be required for them to effectively go against the Bill.

The restriction has retrospective effect and impacts upon:

When the Bill comes into force, a creditor will not be able to present a petition if that petition is based on a statutory demand that was served on or after 1 March 2020 effectively voiding that demand.

Further, the creditor will not be able to continue with any winding-up petition that has been issued at court which is based upon a demand that was served on or after 1 March 2020.

Any existing winding-up order will be void where all of the following conditions are satisfied:

Where a petitioning creditor presents a petition and states it has the reasonable belief that COVID-19 has not impacted financially on the debtor company but the court disagrees with that reasonable belief, the court still has discretion to make a winding-up order if it is satisfied that the company’s inability to pay its debts would have arisen anyway. 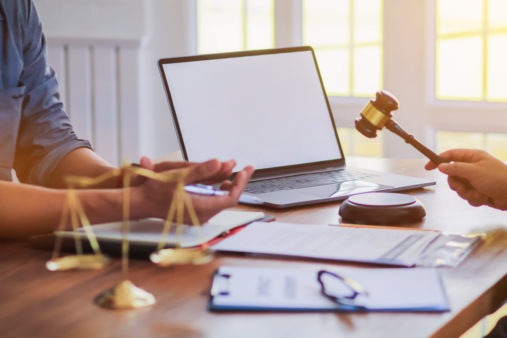 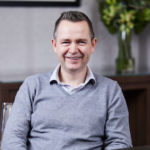