Home  >  News & Insight  >  Is your client planning on trading from the same premises after liquidation? Make sure the landlord is onside

Is your client planning on trading from the same premises after liquidation? Make sure the landlord is onside

In the second in our series of “continuing to trade after liquidation” we’re looking at the logistics around trading from the same premises post liquidation.
In our first blog, we explained the instances when directors of companies which have entered liquidation often continue to trade under the same name or brand but in a new limited company. This is perfectly legal, as long as certain statutory requirements detailed in the Insolvency Act have been complied with, if not it can be a very costly mistake. Dealing with the leasehold follows the same word of warning.
Aside from such legalities, directors can face more challenging practical hurdles which must be overcome in order to enable trade to commence. One such hurdle is the landlord.
Assuming the landlord has not already taken steps to forfeit the lease and the company has entered liquidation, the insolvency practitioner would either:

Despite the fact the lease may have been disclaimed, the new company has no entitlement to a lease of the premises. This can cause significant problems for the new company, particularly if time and cost has been incurred in preparation for trade.

A restaurant that had been trading for more than 15 years became financially distressed, citing the rising price of supplies (particularly ingredients). As their profit margins diminished, and eventually disappeared, it ultimately resulted in liquidation.
The directors decided to ‘have another go’ in a new limited company. The accountant assisted them with formalities such as incorporating a new limited company, obtaining HMRC references, setting up a new bank account, and so on.
As the ‘legalities’ had been set up, they went about beginning to promote the business, ahead of its relaunch. The directors engaged a PR agency and a marketing agency, ensuring that their new brand was ready to go from day 1 of trading.
The directors had assumed that they could continue to trade from the same premises and had failed to agree a lease on behalf of the new company in advance. Meanwhile, the landlord granted a lease to a different tenant, and the directors had to look elsewhere for a premises. Wasting thousands of pounds in the process.
The landlord is in their legal right to seek new tenants, and with property prices and rents rising year on year, it is usually in their financial interest to do so, benefitting from setting the rent at today’s market rate. We hear stories of these cases happening numerous times and it’s something that is causing issues for directors.
It’s important to remember to discuss the leasehold with the landlord at the earliest opportunity if the directors are hoping to trade from the same premises, post-insolvency. Should you have a client looking to re-use a trading name or a leasehold after an insolvency, it’s always worth a second opinion to ensure nothing has been missed that could cost your client. 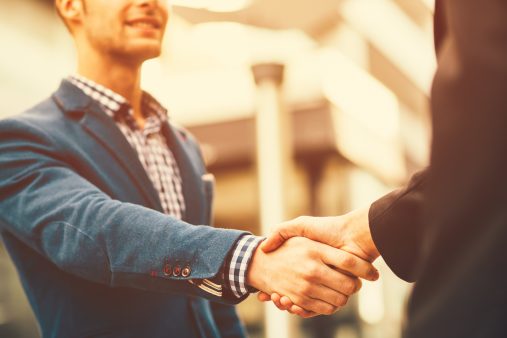 Previous Article
Cowgill Holloway advise How Planning on its acquisition by GVA
Next Article
How will HMRC react to a drop in SDLT tax take?