The controversy surrounding the application of the IR35 legislation continues unabated.

Eamonn Holmes lost his appeal against an HMRC assessment which deemed the payments that he received from ITV through his personal service company were in fact employment income.

This is in stark contrast to his fellow ITV presenter Lorraine Kelly who won a similar case against an HMRC assessment of her earning.

What are the facts?

The case concerned Holmes’ personal services company (PSC) – Red, White and Green Ltd (RWG), which was set up in 2001. From around 2006, Holmes started presenting on This Morning, doing so for a period of approximately 15 years.

The tribunal heard details of four contracts between the broadcaster and RWG during that period. The FTT was also told that during gaps between the contracting periods, Holmes worked on the programme via a different PSC, Holmes and Away Ltd.

The terms of the contract required RWG to procure Holmes’ services ‘on an exclusive basis’ during the specified period or on dates agreed with the producer.

Holmes was not permitted to provide a replacement. In the event of illness it was for ITV to find someone else and RWG would not be paid for that other person’s services. In short, ‘substitution’ was not permitted.

ITV provided a car to take him to the studio when he was working on the show and when he had to do an outside broadcast, hotel accommodation and transport were organised and paid for directly by ITV.

What did Holmes argue?

Unlike ITV employees, Holmes did not have any of the employee benefits and so his argument was that this did not demonstrate an employee relationship.

Holmes’ lawyer argued that RWG was paid fees, rather than a salary, and there was no provision regarding pension, holidays, sick pay or training. Holmes’ representatives argued that he carried out many of his activities under his own name and was taxed as a person carrying on a profession.

What was the conclusion?

The FTT decided that IR35 did apply to the contract between ITV and RGW. It stated: ‘Having regard to all other relevant factors, my view is that overall, throughout all relevant tax years, the assumed relationship between ITV and Mr Holmes was one of an employment rather than self-employment.’

An HMRC spokesman said ‘HMRC welcomes the judgement, which confirms that we took the right approach.’

‘The tax rules require that employment taxes are paid even where a person works through their own company. HMRC ensures that tax is paid in accordance with those rules.’

We would suggest that given the facts that this was the right decision. In order to have a valid self employment (whether or not through a company) the individual needs to demonstrate that there is no mutuality of obligation, that have significant control over the delivery of the services and that it is not one of ‘personal service’ (in this instance demonstrated by the lack of substitution). There also has to be an element of ‘financial risk’ –and as such we would not expect ITV to be picking up Holmes travel and accommodation expenses.

Had Holmes been investigated under off-payroll rules coming in on April 2020, it would have been ITV that would be picking up the tax bill and he would not owe any tax personally. But, because he was investigated under the old rules, he is personally facing the bill for employment taxes. 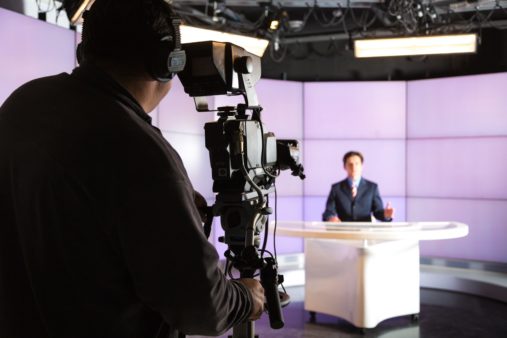 Previous Article
Will you be able to afford the retirement lifestyle you want?
Next Article
Meet the team – Matthew Bromley