Redundancy Payments Service (RPS) and HMRC are both Government departments but at Cowgill’s Business Recovery we are experiencing very different attitudes in their approach when it comes to recouping what they are owed.
When there are insolvency related redundancies, the employee claims are handled by the RPS. Directors who are also employees are able to claim in respect of their arrears of pay, arrears of holiday pay, pay in lieu of notice and redundancy in the same way as the non-director employees.
The RPS have, for some time now been asking the appointed Insolvency Practitioners if Directors who have submitted RPS claim are also debtors of the Company before making any payments to them.
If the Directors do owe the Company money, for example via an overdrawn director loan account, then any payments due to Directors as a result of their redundancy are being withheld by the RPS. This is an example of the Crown putting itself in a better position than other creditors and applying a form of set off.
To date this has not been challenged, even though in some cases the Directors are relying on receiving their redundancy payment to enable them to repay an overdrawn loan account. The impact of this is that the RPS’s actions may adversely impact the general body of creditors.
Essentially, the RPS are demonstrating an attempt to claw back monies or reduce monies paid out to maximise the amount they recoup in this situation.
In contrast, HMRC did not demonstrate that they are as commercial when it comes to recouping as much money as possible in a recent case handled by our team here at Cowgills.

In August 2018, we were instructed by a Company which had received a demand for payment from HMRC which was in excess of £500k. HMRC threatened winding up action, if payment was not received in full within 7 days.
The Company was unable to pay its debts as and when they fell due and was therefore insolvent for the purposes of the Insolvency Act 1986.
We discussed Administration with the Directors; however, it was considered that any Administration appointment made would erode any value in the brand and customer relationships. In light of the Company’s clients, the Directors felt that their customers would be likely to terminate any ongoing contracts which would mean that the objectives of Administration would be difficult to achieve. Furthermore, should the Company be placed into Administration, then the debtor collections would be severely reduced which would have a detrimental impact on the Company, and significantly impact upon the return to creditors.
We also discussed the possibility of a Company Voluntary Arrangement (CVA) the basis of which would be a lump sum payment to be introduced by a secured creditor to facilitate a dividend of 10p in £1 to unsecured creditors.
The secured creditor had made the decision to support the Company going forward as they had confidence that as a result of the restructuring plan that had been put in place, the Company would be profitable going forward if the historic HMRC liability could be addressed.
However, the Directors were keen to ensure that creditors were paid in full and the secured creditor was willing to support the Company with the intention that all debts were repaid in full and the Company could return to profitability.
We put forward a ‘time to pay’ proposal to HMRC on the basis that the Company would make an initial payment of £100k with an outstanding balance of £945k, which included ongoing liabilities that would fall due, to be paid over 12 months.
Despite it ensuring HMRC would be repaid in full, HMRC rejected this proposal and they advised that due to the previous compliance history of the Company and as they were now at the stage which they intended to issue a winding up petition they were unlikely to agree to allow the Company any further time to pay the outstanding debt.
In an attempt to resolve matters the Company put forward further offers with shorter repayment terms but always offering payment in full but HMRC rejected all the offers.
The Company was not in a position to discharge the outstanding liability in full as per HMRCs demands, and only with the ongoing support of its secured creditor, was it able to continue to offer the revised repayment proposals.
All proposals were submitted on the understanding that all future returns and liabilities to HMRC would be filed and met on their due date and in order to meet the repayments to HMRC plus ongoing ‘other’ working capital requirements.
This was a significant commitment from the secured creditor and we considered that the offers represented the best possible outcome for HMRC in the circumstances. In any other form of restructuring, the return to HMRC would likely be significantly less.
HMRC failed to accept any of the offers and confirmed they would proceed with winding up action.
This demonstrated a lack of commerciality on the part of HMRC whose attitude seemed to be that they would risk receiving nothing, via a compulsory liquidation, rather than allow the Company a period of time in which to pay in full. This is unlike the RPS who are considering circumstances from the point of view of recouping as much as possible on behalf of the Crown. 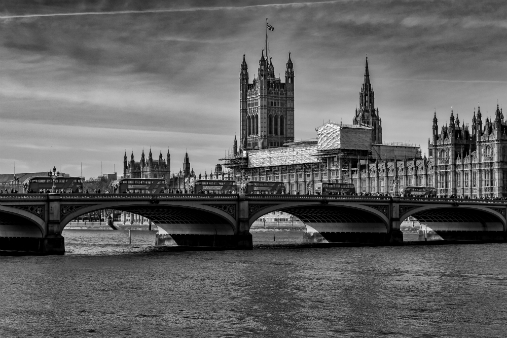