Home  >  News & Insight  >  What next for our troubled High Street?

What next for our troubled High Street?

Throughout March the UK’s High Street took a bit of a beating. Firstly, with the somewhat expected announcement of Toys R Us following in the footsteps of its US Parent, and then Maplin announced a collapse into administration on the same day. Just one day and almost 5,500 high street jobs at risk.
Later that week, the High Street clothing chain New Look requested consent for a restructuring of their business. Details announced in a proposed CVA revealed up to 60 stores could potentially be closed. Closely followed by news of Claire’s Accessories on the verge of becoming the next casualty.
In the same week, many High Street giants such as John Lewis also announced profit warnings and House of Fraser requested rent reductions from landlords. Many businesses began blaming Brexit and the weakening of the pound, leading to higher production and import costs, therefore, higher selling prices.
The leisure sector wasn’t far behind. Prezzo, the Italian restaurant chain announced a restructuring, with several hundred job losses and almost 100 outlets at risk. Not just an isolated incident, as Café Rouge announced £60m loss.
With the impact of rising costs such as Brexit, the national living wage, the apprenticeship levy, inflation and rising business rates, it appears that the High Street is really feeling the pressure.
These High Street retail giants that once reigned supreme are also having to compete with online giants such as Amazon and eBay. Those with no real High Street presence, but a nimble and flexible infrastructure to meet ever-changing consumer demand.
Online sales market share analysis

Tesco are a great example of fighting back against the rise of online retailers. Statistics revealed in an industry report earlier this month showed Tesco’s revenue from online sales was up to £2.9bn, (second only to Amazon).
With only the first quarter of 2018 complete, and already some big names falling, is this a sign of things to come for 2018?

Hasn’t this happened before?

Looking back to 2008 and collapse of colossal retailer Woolworths is an interesting comparison, albeit with a different economic backdrop.
In 2008 the economy was in turmoil; Woolworths was on the edge of collapse, but looking around it wasn’t the biggest news. Just weeks earlier, one of the oldest US Financial Institutions, Lehman Brothers had collapsed, and a little closer to home the UK Government had stepped in to bail out RBS & Lloyds.
What some people are unaware of when it comes to Woolworths, was Mr Johnson’s plan to not just restructure Woolworths, but to pivot its retail operations to a growing market. Moving from DVD and CD wholesaler, to a major distribution and logistics business.
As you begin processing the idea, you start to conceive that it could be possible, however, in the midst of an economic crash, the banks wouldn’t back the idea.
But with today’s market, with a slightly more relaxed lending position (slightly) and an array of funding options, could this be the future for our troubled retailers – a sideways move to utilising their current infrastructure?
Should you or your clients require assistance regarding restructuring or funding, please get in touch via our contact us page. 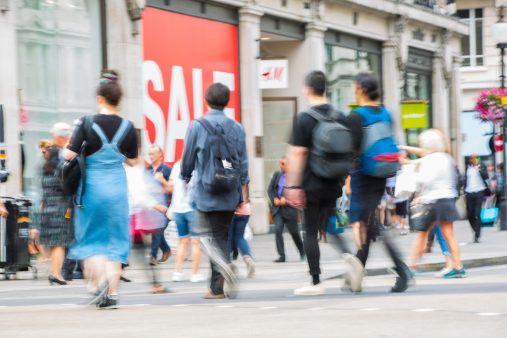 Previous Article
Cowgill Holloway Business Recovery to partner with Bolton Hospice for 2018
Next Article
Your wealth. Your legacy