What the Spring Budget really means for property investors (all U-turns considered).

Whilst the Spring Budget didn’t include any further measures to significantly hit those specifically investing in property, and buy to let landlords, there wasn’t much to make life easier either.
However, following Theresa May’s decision to hold a snap General Election on 8 June, a considerable number of clauses were dropped from the Finance Bill 2017 in order to get this approved by Parliament before the Election.  Indeed, analysis of the amendments to the Bill found that the government made a U-turn on more than two thirds of the clauses proposed, keeping just 25 of the 84 clauses originally proposed by Chancellor Philip Hammond in the Spring Budget.
Now that we are well into the new tax year and the General Election has passed, Lisa Wilson, Head of Tax, at Cowgill Holloway details some key measures of the Spring Budget, their implementation dates and the likely impact on investors and landlords – and details whether they’ve been scrapped, postponed or remain unchanged.

Delayed Introduction of Making Tax Digital
The Chancellor announced that sole traders, the self-employed and buy-to-let landlords with income of less than the current £83,000 VAT threshold will not have to start quarterly reporting until 2019, a one-year deferral from the planned April 2018 introduction date originally issued by HMRC at the end of January.
This will give many landlords more time to prepare for this incoming change in tax reporting, which will require quarterly and end of year submissions of information to HMRC.  Whilst April 2019 might sound like a long time in the future, Making Tax Digital could involve significant cost to you both in terms of money and time, and it is not too early to make sure you are prepared.  It is safe to say that for some buy-to-let landlords, Making Tax Digital will have a big impact.  Leaving a bag of receipts or an excel spreadsheet with your accountant once a year won’t be an option!
Our view
There are some excellent cloud based solutions on the market but it’s time to act now rather than waiting until 2019 and hoping everything will be plain sailing.
Whilst this is not necessarily a U-turn, the Government has certainly backed-down in terms of the timescale for when individuals will have to implement the changes.
If you are confused about the digital transition, contact our tax experts here at Cowgill Holloway, who will offer you sound advice and guidance throughout the transition.

Stamp duty land tax (SDLT)
In August 2016, it was proposed that the filing and payment window for SDLT be reduced from 30 days to 14 days.  This was met with criticism across the property sector.  Following an HMRC consultation this has now been delayed to 2018/19.
Our view
Landlords will eventually face this but for now the reduced payment window will not come into force until 1 April 2018.

Cash accounting for property businesses
Since 6 April 2017, up to 2.5 million unincorporated property businesses with receipts of £150,000 or less have been able to calculate their taxable profits using a cash basis of accounting. This option will be only be available to the simplest property businesses, such as individuals and partnerships.
Our view
Put simply, this basis of accounting will mean that a landlord doesn’t declare income until it is actually received so any tax on the profits of the business won’t be due until the rent is received.  This should make it easier for landlords to budget for their tax and manage cashflow.
As this rule came into effect before the General Election it is unaffected.

Conclusion
As many of the measures dropped from the Bill were revenue-raising, it is prudent to assume that we are still likely to see many of them introduced, albeit in an amended form or at an alternative date although is difficult to predict what changes will be made and what the commencement dates will be.  Therefore, we would recommend that taxpayers continue to prepare accordingly.  For further information or advice please contact Lisa Wilson on 01204 414243 or at lisa.wilson@cowgills.co.uk 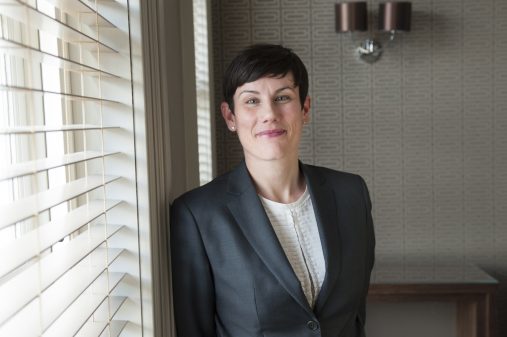 Previous Article
Rising numbers of care homes in insolvency
Next Article
Tax relief restrictions on property – should I incorporate?