Much has been said and written about the challenges facing businesses in many sectors as a result of the period of lockdown following the Covid-19 pandemic.  Most businesses and industries faced an initial period where they were unable to trade and income was cut off totally almost overnight.

On the 1st July Wigan Athletic became the first English football club to require a formal insolvency process post Covid-19, when it entered into Administration.  North West football fans continue to feel the pain of what appears to be unsustainable business models.  Wigan’s plight follows that of Bury FC, who are no longer in the football league after a failed CVA and Bolton Wanderers who experienced Administration themselves in May 2019 and now find themselves in the bottom tear of English football for the forthcoming 20/21 season, just eight years after relegation from the Premier League.

The problems have been highlighted at two other clubs earlier this season.  In January 2020, Southend United, failed to pay wages and also received a Winding Up Petition for unpaid HMRC liabilities.  Back in the North West, Macclesfield Town has recently been deducted six points by the EFL for failing to fulfil a fixture against Crewe Alexander in December 2019.  This was after players and staff failed to receive their wages and subsequently sighted concerns about their emotional wellbeing when announcing they were unwilling to participate in the Crewe fixture.

The sums don’t add up outside the Premier League

When we examine football outside of the cash rich/commercially funded Premier League, it soon becomes apparent that the sums don’t add up, irrespective of the further problems experienced as a result of Covid-19.

The Championship, in particular, exemplifies a seemingly crazy business model as owners gamble their clubs’ futures to do everything possible to gain promotion to the promised land – the Premier League.  For the 2017/18 season, the combined wages for clubs in the Championship was recorded at £795m; however, this exceeded total combined revenue which was reported at £750m.  Simply put, wages are greater than total income in the Championship and when taking into account other costs and expenses, clubs are losing millions every season.

In the 2017/18 season, Wolverhampton Wanders were promoted.  That season, Wolves recorded an operating loss of £57m and a pre-tax loss of £49m.  Fortunately for Wolves, their Chinese owners, Fosun International, were prepared to fund those losses but not every club in the Championship is in that fortunate position.

Whilst Financial Fair Play was introduced into English football in 2010/11, it’s apparent that salaries have continued to rise and be the major expense for all Football clubs.  Those that don’t compete with market rate, soon start to struggle on the pitch.  A business that spends more on salaries that it generates in income is quite clearly not sustainable and the losses fall at the door of the owners.

The case of Wigan Athletic

In the case of Wigan Athletic, the club was sold to its current owners, Next Leader Fund, an Asian consortium, in June 2020.  It begs the question how thorough was their due diligence prior to completing the purchase? Once they understood the severity of the club’s current financial difficulties, it appears at face value, that they were simply not prepared to fund the ongoing losses.

The warning signs were there for Wigan Fans prior to this.  Wigan’s former Chairman, David Sharpe, was interviewed by the BBC in December 2019, where he was quoted as saying that the Championship was “a bubble waiting to burst” due to the risks taken to get into the Premier league.  Sharpe went on to say that “the Championship is not financially sustainable’ and that “it can’t continue if the model is just having enough billionaire owners to keep funding it-that’s a strange, crazy model as there are only so many people you can attract.”

Despite having the fourth lowest wage bill in the Championship, Sharpe advised that his family were injecting “just under £1m per month just to keep it going”.  Sharpe told the BBC that he “would not be surprised” if in the next five years a Championship club entered into Administration and dropped out of the league.  He’s been proven right in relation to the first part by his former club.

The Administrators now have the difficult task of trying to continue to trade and fulfil the season whilst attracting interested parties to attempt to complete a sale to protect jobs and preserve the football club for the fans and people of Wigan.  With a 12-points deduction seeming likely to be imposed this season, even if the club can be saved by a purchaser, relegation back to League One seems to be inevitable, making the club even less attractive to potential purchasers.

The question I would ask now is, will the FA and the EFL consider the financial state of play for clubs outside of the Premier League and seriously consider implementing financial measures, such as Rugby League style ‘salary caps’, to protect football clubs from further financial deterioration? 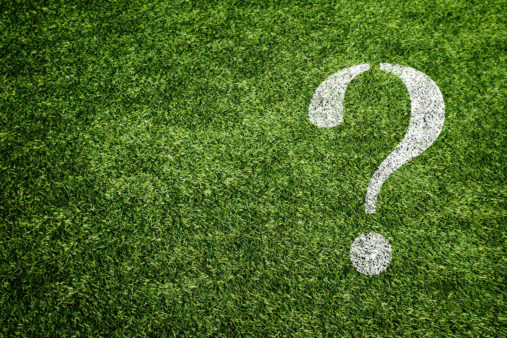